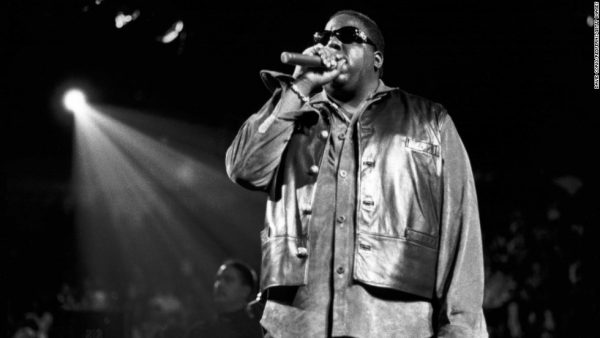 The death of rapper Christopher Wallace, known professionally as the Notorious B.I.G. and Biggie Smalls, has never been solved. Wallace was killed in March 1997 in Los Angeles when someone opened fire on his vehicle.
On March 9, 1997, rapper Christopher “The Notorious B.I.G.” Wallace was shot and killed. Twenty years later, the hip hop legend’s murder remains unsolved but his music remains just as relevant.
Working from Wallace’s vault, singer Faith Evans, who was married to Wallace at the time of his death, has recorded an album of duets with the rapper titled “The King & I.”
The 25-track project, which Evans has worked on for more than two years, releases in May and features contributions from Snoop Dogg, Busta Rhymes, Jadakiss, Lil’ Cease and Lil’ Kim.
“[His music] is still just as impactful, as if he were this new, dope rapper from Brooklyn, now,” Evans told CNN in a recent interview. “Something about his word play, his confidence, he was pretty witty and he was intelligent. It’s absolutely timeless.”