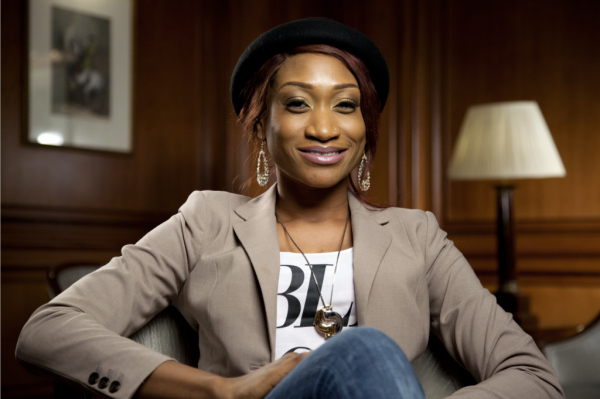 A fan-based Instagram page known as “kenyamoore daily has recently called out the Popular Nollywood actress, Oge Okoye for taking screenshots of the dogs owned by the American actress from her page and claming them to be hers.

They also indicated in the Instagram post to show that it isn’t Oge’s that Kenya’s Range Rover logo was on a floor mat in the picture stolen. The post ended with an hashtag of #FRADULENT along with funny smileys.

Oge Okoye has since deleted the picture from her page after she was called out. 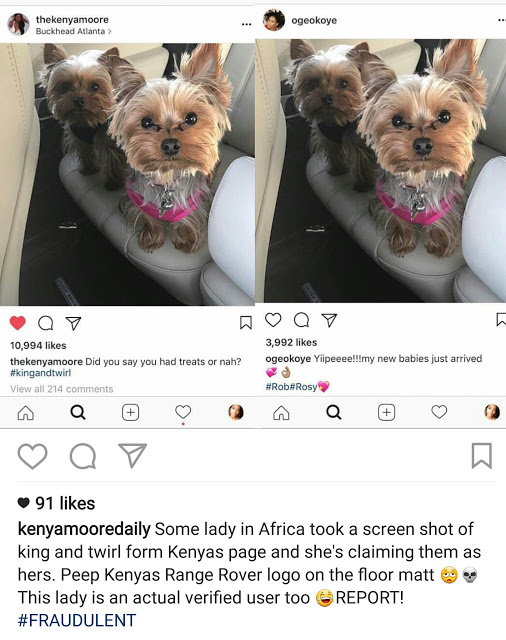