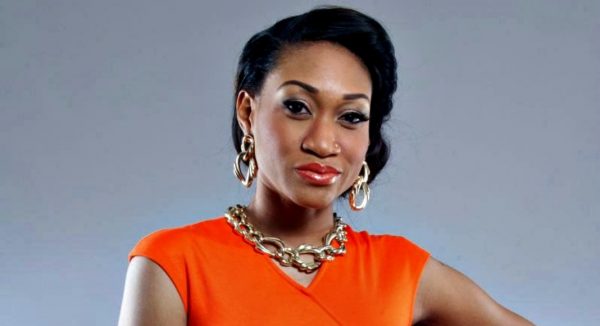 Nollywood actress, Oge Okoye who came under fire after sharing a picture of her supposed dogs on her social media page has suffered yet another internet attack. 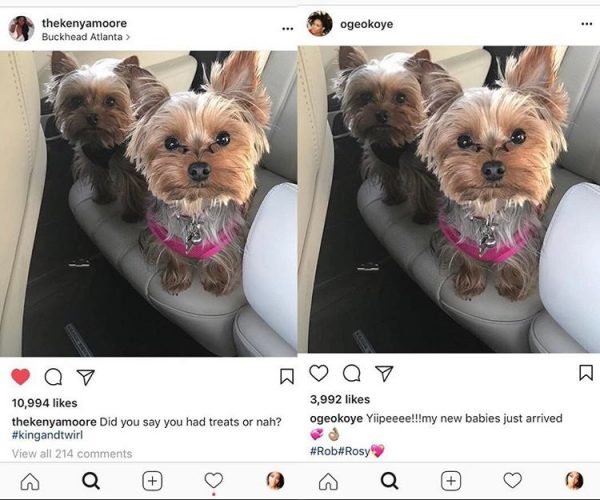 Recall that the Nigerian actress was called out by American Actress, Kenya Moore, who accused her of stealing photos of her dogs and posting them on her page as hers.

Following the accusation, the Nollywood actress took down the dogs photo from her Instagram page but internet trolls thought it good to tamper with her Wikipedia page.

Her Wikipedia page which was tampered with now reads an excerpt which mentions the internet theft.

“On the 3rd of March, 2017, she stole pictures of dog from someone’s Instagram page and did naming ceremony for the dogs on her own Instagram page making them hers.” 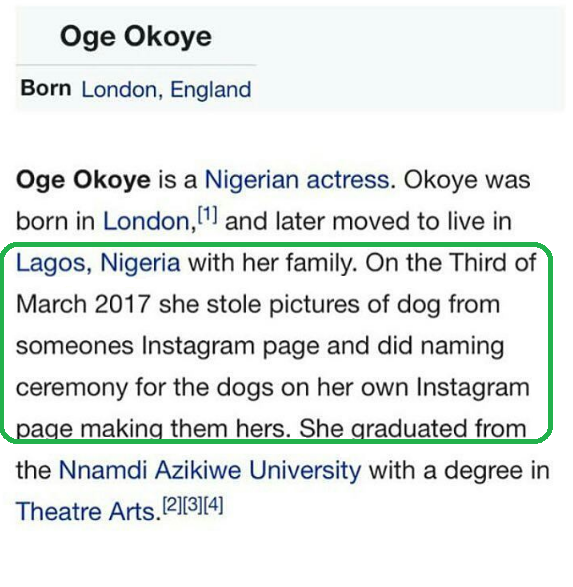 The update on her Wikipedia page has however been deleted.