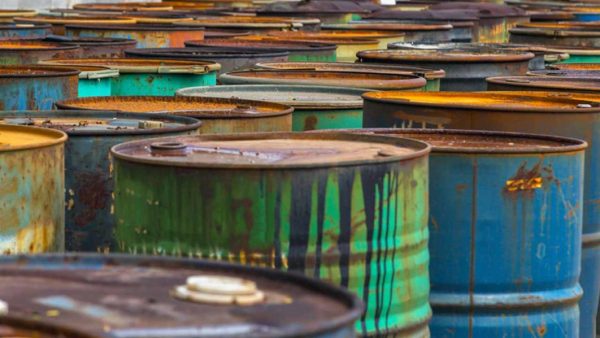 The oil-producing community of Koko in Warri North Local Council of Delta State has alleged that a company operating in the area (name withheld) was sand-filling the toxic dumpsite it exposed a day ago apparently to cover up the evidence.

Community leaders Tony Ede, Eyitemi Brown-Dibofun, and Benson O. Asamat disclosed that the firm commenced work yesterday after the community last week petitioned the Minister of Environment and regulatory agencies indicting it over the presence of the harmful wastes.

They named the substances to include massive toxic and carcinogenic oil sludge as well as slurry waste, claiming that some leaders and indigenes leaders were working in cahoots with the company to cover up the incident.

Ede alleged that the firm had ferried tons of sharp and lateritic sand to the dumpsite to bury the harmful and carcinogenic wastes in open pits, defying the attendant health and ecological hazards.

The three leaders claimed that a series of tests carried out by reputable laboratories on the materials suggested that were highly toxic and carcinogenic.

They went on: “It has been ascertained that the current toxic wastes which are from within the country and the earlier one imported from Italy in 1987/1988 may have long term consequences on the residents of Koko. The town is currently witnessing an unusual degree of infertility, stillbirths and deformities from a combination of poly aromatic hydrocarbons from the Italian toxic waste dump. People are still dying from the debacle of the 1988 toxic waste dumped in Koko.

“The irony of the matter is that some Koko community leaders and residents are aiding and abetting the company in the cover-up of the criminal dumping of highly toxic and carcinogenic wastes in their town because they are on the payroll of the firm and its backers.

“We also understand that some officers of the regulatory body that were sent to the site were alleged to have been compromised.”Efforts to speak with the firm’s management were avoided as workers claimed that there was no one available to talk to the press. Even calls to its public relations officer (PRO) were not taken.

However a senior official said the company would soon give its own side of the story, adding that some disgruntled individuals, who were allegedly denied contracts, were behind the “blackmail.”