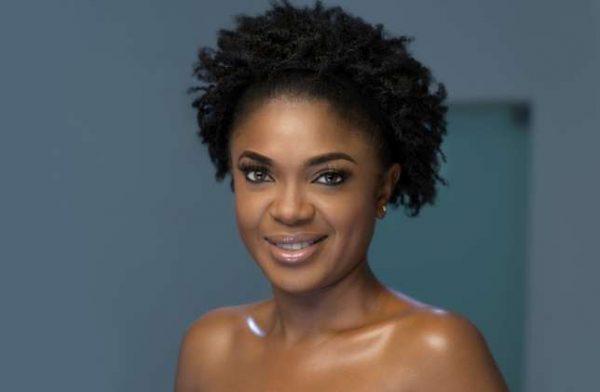 A Federal High Court in Lagos yesterday ordered advanced service of court processes in a suit against Nollywood Producer, Omoni Oboli, over copyright infringement on the movie titled “Okafor’s Law.”

The trial judge, Justice Ibrahim Buba, ordered that advance copies of processes be served on counsels by email to ensure that the justice of the case is achieved in good time.

Justice Buba had on March 24, granted an interim order, stopping the premiere of the said “Okafor’s Law” scheduled to hold on the evening of same day. The ex parte order consequently halted the planned premiere of the movie at the IMAX Cinema in Lagos. The order also restrains the release of the film scheduled for March 31.

The judge issued the orders, following an ex parte motion filed by Raconteur Production Ltd on behalf of a Canada based script writer, Mr. Jude Idada seeking same reliefs. Those joined in the suit as defendants are Dioni Visions Entertainment Ltd, Omoni Oboli, and The Filmone Ltd.

The court had issued the orders, suspending the release and launch of the film, in any movie theatre or Cinema house on March 31, pending the determination of a motion on notice before the court.

The judge also issued an Anton piller Order (order to enter and seize) to seize all copies, materials, projections or infringing materials, relating to the subject matter.

When the case resumed for hearing of the motion on notice on Wednesday, former President of the Nigerian Bar Association, Mr. Augustine Alegeh (SAN) announced appearance for the first and second defendants.

In the same vain, Mr. Yomi Awotunde announced appearance for the third defendant, while Mrs. O. Otudor appeared for the plaintiff.

Addressing the court, Otudor informed the judge that she had received the counter affidavit for the 1st and 2nd defendants, but had yet to receive any processes from the 3rd defendant.

She told the court that counsel to the first and second defendants had just served their counter affidavit on her in the courtroom, adding that she required time to study and respond to same. She, therefore, urged the court to grant adequate time to allow the plaintiff file a reply.

On his part, Alegeh asked the court to order a speedy hearing of the motion on the grounds that the ex parte orders had stalled the premiere of the film on March 24.

He noted that the movie had been premiered in Toronto and Stockholm in 2016, adding that its launch had been scheduled for March 31 (Friday), and so, a speedy hearing of the motion on notice would be eminent.

In his ruling, Justice Buba abridged the time for hearing of the motion on notice, to March 30, adding that he was concerned with achieving the justice of the case and directed plaintiff’s counsel to ensure that advance copies of its processes are served on the defence by e-mail to ensure that the motion is heard without hindrances.

He, therefore, fixed March 30 for hearing of the motion by 10am.  Idada lays claim to the movie as his intellectual property, and had accused Oboli of copyright infringement.

He added that she had stolen his story idea for the movie in September 2016, adding that Oboli took the work he had done regarding “Okafor’s Law”, and developed it without giving him due credit.

He avers that the producer went ahead to set March 31, as a release date for the movie, inspite of a demand letter sent to her, as well as a copyright infringement suit instituted.

Meanwhile, in a counter affidavit, deposed to on behalf of Dioni visions Ltd by one Tomi Adeoye, she avers that sometime in 2014, the second defendant (Omoni Oboli) came up with the story idea of “Okafor’s Law”.

She explained that “Okafor’s Law” is a principle in which ex lovers could always rekindle their love or relationship, even after they are married to other partners.
She said that in accordance with Nigerian Law, both Oboli and her company (Dioni Visions) proceeded to register the film with the National film and video censor board.

She said that having secured their legal right to the said film, they contracted Jude Idada to write the screen play for a fee of N750,000 although no written contract was executed.

According to the deponent, Oboli later had a meeting with Idada, where she revealed to him the story idea and concept of “Okafor’s Law”, to enable him have a good grasp of the subject for a proper development of the screen play.

She averred that when Idada was contacted thereafter, he claimed that the work he had done on the film was lost when his computer was stolen in Uganda, and promised to re-write the screenplay.

The deponent averred that when several attempts to reach Idada for the script failed, they decided to write the screen play and thereafter produce the movie Okafor’s Law.
The defendant therefore, avers that jude Idada is not the owner of the story and idea of “Okafor’s Law, and does not posses any copyright in respect of same.