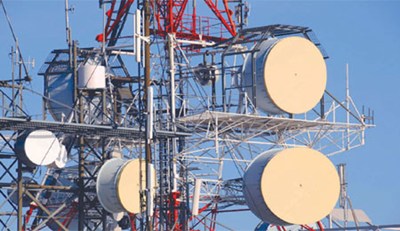 EVER since the country’s telecommunications revolution began in 2001, the mobile growth has experienced steady upward movement until recently when the number of active users dropped by one million within a month.

It was not as if this was not foretold. Earlier this year, the Chairman of Zinox technologies, Mr. Leo-Stan Ekeh, warned that  if nothing was done to check the harrowing conditions that businesses were subjected before to before accessing foreign exchange, 99 percent of them would close down

Ekeh also warned that the implication  would be a drop in foreign direct investment and most probably a reduction in the level of support these businesses give to the economy. Ekeh was  particularly worried that there would be a drop in Information and Communication technology, ICT contribution to Nigeria’s Gross Domestic Product, GDP.

Although he expressed optimism that the government would not allow the  forex issue to become a hydra-headed monster in Nigeria’s business ecosystem,  the situation appears to be nothing less.

All the telecommunications operators are crying that maintaining their network facilities is becoming problematic  let alone importing new ones.

This situation may not be unconnected to the persistent poor quality of services and may have resulted to as many as a million users dropping off as announced by the regulator.

According to the Nigerian Communications Commission (NCC), the number of active telecom service users in Nigeria decreased from 155.1 million in January to 154. 1 million in February.

The telecommunications industry regulator disclosed this in its monthly Subscriber/Operator Data released to the press over the weekend. According to the data, there was a decrease of 993,063 in the number of telecoms users across the country in January, while active users of telecommunications services in the country decreased to 154,120,484 in February this year from 155,113,547 in January.

It also indicated that 153,661,547 of the 154,120,484 active numbers subscribed to the Global System for Mobile Communications (GSM) network services.

The Code Division Multiple Access (CDMA) operators had 217,566 users in February same with the result of January. Between the two surviving CDMA service providers, Visafone had 213,106 customers, while Multi-Links had 4,460 in the month under review. It shows that the Fixed Wireless network (landline) consumers remained at 26,865 in February.

NCC’s report said between the two Fixed Wireless service providers, Visafone had 26,437 subscribers as Multi-Links maintained its November record of 428 customers. It also revealed that the Fixed Wired operators (landline) subscriber base increased by 412, giving a total of 124,635 users in February against 124,223 recorded in January.

The report shows that the two Voice Over Internet Protocol (VOIP) networks had 89,871 active users in February, as their customers increased by 5,424 from their January subscriber base of 84,447.

Of the VOIP networks, Smile Communication had 36,285 customers, giving an increase of 573 users to its January result of 35,712.

Ntel had 53,586 consumers subscribing to its products and services in the month of February, showing an increase of 4,851 user to the January record of 48,735.

For the NCC,    the release was in compliance with section 89 Subsection 3(c) of the Nigerian Communications Act 2003 which mandates it to monitor and report the state of the telecommunications industry.

“The commission is mandated to provide statistical analyses and identify industry trends with regard to services, tariffs, operators, technology, subscribers, issues of competition and dominance.

“This is with a view to identifying areas where regulatory intervention will be needed.

“The commission regularly conducts studies, surveys and produces reports on the telecommunications industry.

“Therefore, telecommunications operators are obligated under the terms of the licences to provide NCC with such data on a regular basis for analytical review and publishing,” the report said.