It is a worry state of mind for the residents of Katsina State as they groan under intense heat as daily temperature currently averages as high as 39 degree Celsius, while the state government warns of an outbreak of Cerebrum 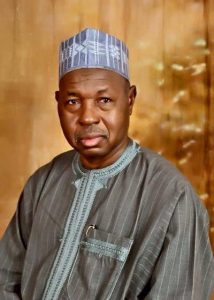 Spinal Meningitis in the state.

Although the number of casualties of the disease was unavailable as of press time, the Permanent Secretary of the state Ministry of Health, Dr. Kabir Mustapha, on Friday, confirmed the outbreak of CSM in the state.

Mustapha told journalists that the disease had been confirmed in Batsari Local Government Area.

He said, “It is true that there is an outbreak of CSM in some communities in Batsari. But I cannot tell you further details because the state Primary Health Care Development Agency has yet to forward full details on the disease outbreak to my office.”

The health official added that the state government had deployed a team of experts to contain the situation in the affected areas and prevent its spread to other local government areas.

The Executive Chairman, Primary Health Care Development Agency, Dr. Muawiya Aliyu, declined to provide further details on the CSM outbreak, saying the state government had commenced a public enlightenment programme in the media to sensitise residents of the state to the disease and what should be done to prevent its spread.