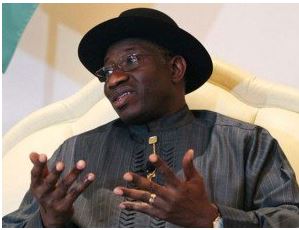 Renewed efforts to reconcile the warring factions of the Peoples Democratic Party (PDP) crumbled yesterday, as the Sen Ahmed Makarfi faction declared a no-meeting point with the Sen. Ali Modu Sheriff-led faction of the party.

Outrightly rejecting the recommendations of the the Standing Reconciliation committee led by Governor Seriake Dickson of Bayelsa State, the Makarfi group also declared that the committee had been disbanded after the May 21 2016 convention for which it was setup.

This is coming just as the national chairman, Sen Ali Modu Sheriff, has called on all organs of the party to submit list of members that will be included in the convention committee.

He said his decision to convene a convention at this time and not recontest was a testament to his willingness to comply with the political solution.

Sheriff, a former governor of Borno State, also warned Ekiti State governor and chairman of the party’s governors forum, Ayo Fayose, to desist from his continuous insults against him, stressing that “enough is enough”.

While ruling out any move to expel the governor, he maintained that there are rules and regulations that must be followed.

The Dickson-led reconciliation committee had submitted its report on the leadership crisis rocking the party in which they proposed that a national unity convention of the party should be conducted on or before June 30.

But addressing newsmen yesterday, the spokesman of the Makarfi group, Prince Dayo Adeyeye, regretted that Governor Dickson was deceived into believing that Sheriff meant well for the party.

Speaking on the way forward for the party, Adeyeye said, “We call on Senator Ali Modu Sheriff to vacate the National Secretariat (Wadata Plaza) immediately in line with the subsisting and binding Judgment of the Courts in respect of his status of appointment which he did not appeal, and it is out of the timeline already.

“He must stop parading himself as the Acting National Chairman of the party forthwith. Otherwise, we shall cause ‘Form 48’ to be issued against his recalcitrant behavior against the ruling of competent courts of jurisdiction and his illegal activities and occupation of the PDP national headquarters. The Nigerian Police should act in line with its constitutional mandate to force compliance of these orders of the courts.

“Given the lawless and untoward behavior of Senator Sheriff so far, it appears that there will be no meeting point in this matter. However, without prejudice to the Appeal Suit before the Supreme Court challenging the recent judgment of the Court of Appeal, the National Caretaker Committee working for the Organs of the Party and the people is not averse to reconciliation processes that may result to a workable ‘political solution’ as proposed by the Governors’ Forum with the former President, Dr. Goodluck Ebele Jonathan, GCFR.

“The present illegally constituted NWC led by Senator Sheriff must stop operations on behalf of the Party immediately. We want to state unequivocally that the Party will not hold any National Convention under the leadership of Senator Sheriff. WE ARE DETERMINED TO PURSUE THE MATTER BEFORE THE SUPREME CONCLUSIVELY in the interest of justice, equity, fair play and democracy in general”.

While declaring that the congresses to be held by Sheriff in six states is illegal, they stressed that he has no quorum to function as chairman because most of the person in his NWC are illegal entities.

“We have asked the organising secretary to begin the process of organising outstanding states where it was not held before the last botched ‎convention in Port Harcourt. Particularly the state we going to start is Anambra state where governorship election has been scheduled. INEC has already served us with the guideline for the election, and we intend to put in place our state exco in Anambra very soon while the rest of the states will follow.

“From today I am going to meet with all the organs of the party and collect their list of membership with a view to picking their members to be part of the convention committee. We are going the list of NASS, BoT and we are writing them formally on that, so that we can collect the specific numbers that are required.”

On his warning to Fayose, Sheriff stated: “Let me make clear to some of the party members, particularly, Gov. Ayo Fayose. I will not condsend to his level. I am must be very clear to him, party has rules, and we will look at the constitution, at the appropriate time to do the right time. He has made it a point of duty, everyday he will insulting Ali Sheriff.

“I want to tell him that enough is enough. Belonging to political party is by choice. Yes, you may have a right, but your right should not trample on another person’s right. Political party is a voluntary aassociation.

“If you are a leader of a political party, we have to allow people to have their choice of leadership. In all these things we are doing, we believe that PDP belong to all Nigerians, we believe that PDP must be handed over to the owners. The right of the owners of the party must be allowed to do the right thing”.