Why My Perm Sec Refused To Appear Before House of Reps – Education Minister, Adamu 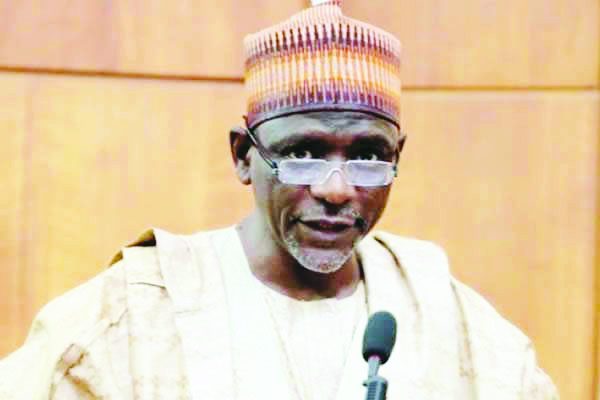 The Minister of Education, Adamu Adamu, has explained why the current Permanent Secretary of his Ministry, Jamila Shuara has refused to appear before the House of Representatives Committee on Basic Education with a presidential memo authorizing her to continue in office for another year.

He said that Shuara had in the interim handed over her functions because her extension of service, although granted ‘in principle’ has not been formally conveyed to her.

Therefore, she was now a private citizen who no longer had the title need or indeed, the locus standi, to appear before the House committee.

Adamu, made this claim in a letter addressed to the committee where he disclosed that the president, ‘in principle’, has extended Shuara’s time from February 17, 2017, for one year but that the Head of Service of the Federation, Wilfred Oyo-Ita, was yet to transmit to her – the letter of extension.

Shuara was supposed to have retired from the federal civil service in February 2016 when she clocked 60 years of age, in line with extant civil service regulations. Now 61 years old, she has remained in service following a said extension by the President.

The committee had directed Shuara to produce the memo, but she has, however, refused to appear since the directive was issued on February 22, 2017.

Adamu’s letter to the committee with reference no FME/S/1316/C.5/1 stated as follows: “I also wish to inform you that His Excellency Mr. President, has in principle already approved the extension of the tenure of Dr. Jamila Shuara as a Federal Permanent Secretary for a period of one year with effect from February 17, 2017.

“I have duly informed the Chief of Staff to the President of this development, and even though I have not seen his directive to the Head of Service, he has shown me her response, which is summary to say that the Head of Service is yet to convey approval to the officer concerned.

“Consequently, Shuara has in the interim handed off the functions to the office until formal conveyance. In the circumstance, therefore, your letter requesting her to appear primarily to explain her functioning as a Permanent Secretary without due authorisation has been noted.

“However, since she has stopped carrying out the functions of the post, it seems to me that as of now, she is a private citizen who no longer has the title need or indeed, the locus standi, to appear before your committee.

“Kindly note that this letter has been copied to the presidency and the HCSF to keep them abreast of developments.”