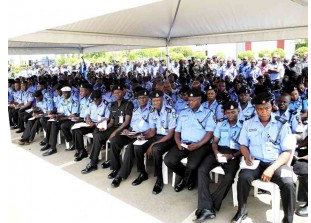 The Nigeria Police has promoted 28,627 rank and files to their next rank.

According to a statement by the Force public relations officer, CSP Jimoh Moshood, the promotion is in line with measures to boost the morale of the Police personnel towards an effective and efficient service delivery to the citizens

The inspector general of police (IGP)Ibrahim Idris while congratulating the promoted personnel, urge them to see the elevation as a challenge to be more dedicated to their duties and carry out their statutory responsibilities in line with the rule of law and principles of democratic policing.