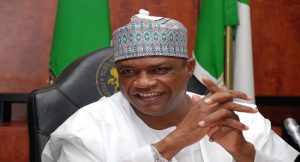 Yobe state Government’s idea of renovating schools as part of the post insurgency plans of uplifting the standard of education in the state, has received a pat on the back by students and teachers in the state.

According to them, the plan to revive education by creating a conducive teaching and learning environment, has greatly encouraged school attendance as well as given them confidence while in school.

Yobe state, located in Nigeria’s northeast, is among the states that have suffered insurgency as the Boko Haram militants vowed to abolish western education; a decision that was strongly resisted by government at all levels.

The students were full of joy as the governor arrived Government Secondary School Fika, to assess the progress of the ongoing renovation work.

Ishaya Aliyu, an SS3 student of the school said: “With the fencing of the entire school, it has given us enough confidence that we are secured. We now perform our academic activities without any fear unlike before when our school was not fenced.

Similarly, Titus David thanked the state government for the repair works on their classes, laboratories, library, hostels and staff quarters saying “such gesture has further strengthened us as we now have a good environment”.

Ibrahim Modu, on the other hand, was of the opinion that the renovation work has given them a sense of belonging as it has increased students enrollment thereby boosting their morale.

The principal of the school, Ibrahim Mamuda, also expressed joy over the renovation which he says has greatly encouraged teaching and learning in the school.

He stressed that previously, students were seeking for transfer to other urban schools but the situation has changed as they have been having influx of parents seeking admission for their wards.

“Formally, parents were relocating their wards to more urban cities like Potiskum and Damaturu, among others but with the development, it has greatly increased our population as more and more parents are seeking for admissions to their children”.

Speaking after the inspection visit, Governor Ibrahim Gaidam called on the students to reciprocate the gesture with hard work and to shun drugs and other social vices capable of destroying their future.

Furthermore, he advised them to remain focussed, while assuring them that his administration would spend hugely in making them comfortable.

Responding to the problems of electricity and water supply in the school and Fika town, the governor directed the secretary to the State Government, Baba Mallam Wali to interact with the Fika community for urgent intervention.

“I am directing the Secretary to the State Government to liaise with the school Authority and the Fika community to find lasting solution to water and electric problem of Fika town”.