Home National News President Buhari to resume official duty tomorrow
Facebook
Twitter
WhatsApp
President Muhammadu Buhari will tomorrow write the leaderships of the two chambers of the National Assembly to formally notify them of his return to the country from London, United Kingdom. Also, the President will resume his official duties. 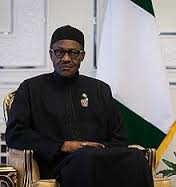 This was confirmed by the special adviser to the President on Media and Publicity, Mr. Femi Adesina .He had earlier tweeted last Friday of the development. The tweet read, “PMB will Monday transmit letter to National Assembly on his return to the country. That makes his return to work formal, and constitutional,” he twitted It will be recall that President Buhari on January 19 transmitted a letter to the National Assembly informing them of his 10 days vacation in London.
He also transmitted the powers of his office to his Vice, Professor Yemi Osinbajo according to the provisions of the 1999 Constitution (as amended). The President however failed to return after the 10 days which elapsed on February 6. He later wrote another letter to the Parliament, extending his leave, informing them of his doctors’ advise to stay put abroad and run a series of medical tests. The extension was indefinite as no date of his return was given. The President however returned to the country last week Friday after spending 51 days in the United Kingdom to attend to his health.
Meanwhile, Adesina has denied knowledge of an impending cabinet reshuffling. The same was the case with the President’s Senior Special Assistant on Media and Publicity, Mallam Garba Shehu. Both men who spoke to press on  Sunday evening said they were not in the picture of any cabinet changes.
While Adesina responded thus: “The President has not discussed that with me. I report what he says’, Shehu said “I am not aware of that”.