It will be a mouth watering tie as Roger Federer and Rafael Nadal have set up a fourth-round tie at the BNP Paribas Open in Indian Wells – a re-run of this year’s Australian Open final.

Novak Djokovic beat Juan Martin del Potro, while Angelique Kerber, who is set to become world number one, is out.

The German, who is guaranteed a return to the top of the rankings on Monday following Serena Williams’ withdrawal from Indian Wells and the Miami Open, lost 3-6 3-6 to Russian Elena Vesnina.

“That’s why I came here, to play against guys like Rafa,” said Federer, 35, before a 36th meeting with Nadal, 30. “I’d better be excited now otherwise I came for the wrong reasons.

“I try to see it really as another opportunity to build upon something for the rest of the season.

“So regardless of Australia, winning or losing, I’m going to try to go out there and play free again. I think it’s really important.” 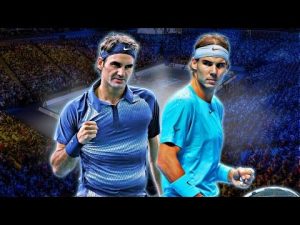