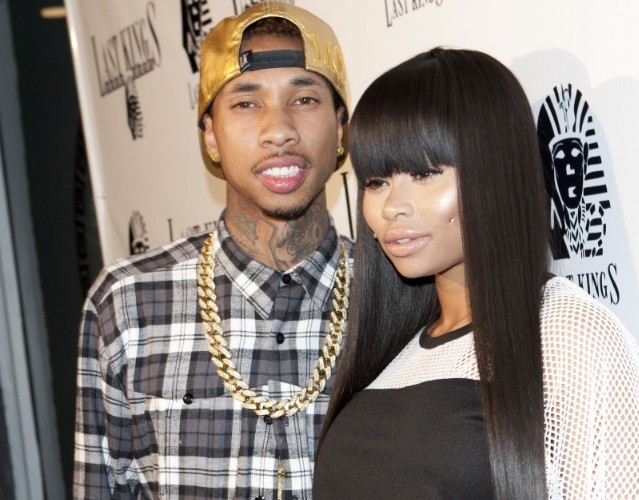 Recall that yesterday, model and reality TV star, Blac Chyna went on an epic Snapchat rant where she slammed her first baby daddy Tyga to the extent of tagging Tyga’s girlfriend and sister to her second baby daddy, Kylie Jenner.

According to TMZ, she was pissed off after she was informed that Tyga is carrying false rumours about her. He is said to have stated that she wants to kiss and makeup and probably start a relationship with him.

Blac reportedly got this information from her second baby daddy, Rob Kardashian who is now close friends with Tyga since breaking up with Blac Chyna.

Blac Chyna’s on the attack against Tyga because she thinks baby daddy #1 is teaming up with #2 — Rob Kardashian — to spread lies about her. Sources close to the family tell TMZ … Chyna went off after she heard Tyga’s telling people she wants to kiss, make up and get back together with him — a news flash that came from Rob. We’re told Chyna got pissed because she hardly talks to Tyga, and had only reached out to him recently to demand he pay King’s nannies — even though they’d normally do that on their own. Other sources tell us Tyga misinterpreted the call from Chyna, and thought she wanted to talk about more than co-parenting … something he shared with his new bff, Rob. We’re told the guys have gotten tight ever since BC and Rob broke up. The problem’s obvious — Rob and Tyga talk ABOUT Chyna, but Rob’s also talking TO Chyna about all of it … according to our sources. Y’know the saying: Loose lips sink relationships with baby mamas.