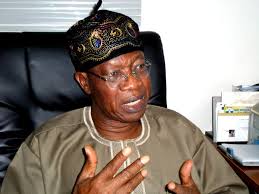 The former spokesman of the All Progresive Congress and the current minister of Information is one politicians that has got Nigerians talking in recent times.

From the time he was APC spokesman, till now that he is a minister, Lai has continued to keep the people informed about national issues. One thing that people keep attacking him for, is his continuous blame game. It appears former president Goodluck Jonathan is to blame for every bad situation in the country.

Let’s take a look at some of the reasons why Lai Mohammed has been on the lips of Nigerians.

1. When he said Boko Haram had been defeated despite recent attacks.

2. Then he blamed former president, Goodluck Jonathan for fuel scarcity.

3. He told Nigerians that the fuel scarcity would last for a few days but it ended up lasting for weeks.

4. When he said the federal government has been fighting corruption, but corruption has now started to fight back the government.

5. That time Nigerians lambasted him for saying Jonathan bought expired and substandard weapons to fight the Boko Haram insurgency.

6. In defence of President Muhammadu Buhari’s frequent foreign trips, he said Nigeria was becoming a “pariah state” under Jonathan and the president was traveling to reverse that status.

7. The minister disowned a budgetary allocation of N398 million in the budget of his ministry for 2016.

8. One time, he said the spokesman of the Peoples Democratic Party (PDP) was untrainable and out of control.

9. So committed to his party and good at informing the masses, that he was appointed minister of information by President Muhammadu Buhari.

10. That one time he officially addressed the issue of some Nigerians saying his first name ‘Lai’ was synonymous with ‘lie.’