The ruling party of the United States of America, the house of republicans, are set to unveil a replacement for the health care law of former U.S President, Barack Obama, ‘Obamacare’.


The proposed legislation replaces income-based subsidies and helps with the cost of premiums with age-based tax credits.

The proposal also preserves some elements of the existing law, which includes allowing young people to remain on their parents’ insurance plans until the age of 26.

However, the house democrats have criticised the plan, saying it would drive up the costs of health care and would also reduce the role of the Federal Government in helping Americans afford health care.

The affordable care act otherwise known as Obamacare was passed in 2010 and it helped 20 million previously uninsured Americans get health insurance. 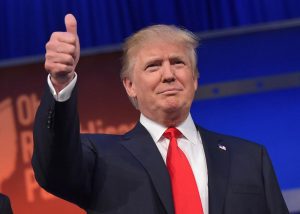