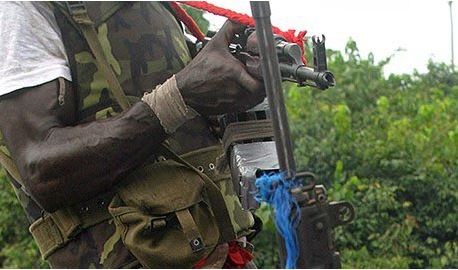 The money in the pocket of the victim was, however, intact, DAILY POST is reporting.

It was gathered that the banker was assassinated on his way from a private meeting convened by his a church leader near his house around Jenny School Road.

The remains of the late banker was first rushed to the Ovwian/Aladja Police Station by sympathizers as family members dashed into the station to identify his corpse before police deposited it in the morgue.

Contacted on the phone, the Delta State Police Acting Public Relations Officer, DSP Andrew Aniamaka told our reporter to send, ” a text as he was in a meeting,” but was yet to respond to the text as at the time of filling this report.

However, a police source at the station who craved anonymity confirmed the report, saying that investigation is ongoing.