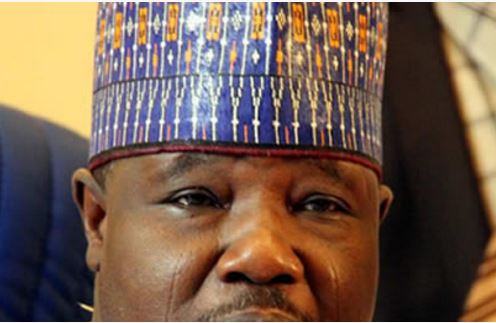 A high-powered committee set up to revamp the fortunes of the Peoples Democratic Party has submitted a report that may throw the fractious party into a new crisis. Among others, the committee advised the party to sell its membership and also restrict senior government positions and other perks to the highest bidder.

Reliable sources within the party told SUNDAY PUNCH that the plan had been accepted by the leadership of the Senator Ahmed Makarfi faction, which also set up the committee.

The Makarfi faction is the bigger of the two factions fighting for the soul of the former ruling party. It has the support of an overwhelming number of former governors, ministers and power brokers.

However, it suffered a major setback at the courts recently when the other faction led by former Borno State Governor, Ali Modu Sheriff, was declared as the authentic executive of the party. The Makarfi faction has however, challenged the decision of the Court of Appeal at the Supreme Court.

According to SUNDAY PUNCH findings, the committee, which has 201 members and is chaired by a former Minister of Information, Prof. Jerry Gana, is moving around the country, distributing copies of the report to prominent members of the party.

Among those who are said to have received it are former President Goodluck Jonathan; a former Chairman of the Board of Trustees, Chief Tony Anenih; and a former National Security Adviser; Gen. Mohammed Gusau (retd.) Some other members of the BoT and the national caretaker committee have also collected copies of the document, sources say.

The categories are: Platinum, Diamond, Gold, Silver, Standard and Students in Tertiary Institutions.

According to the report, male members of the party who desire to be Platinum members are to pay N500,000 a year or N50,000 monthly instalments while women are to pay half the amount.

The benefits accruing to those in this category include “opportunities to attend the expanded national caucus meetings of the party, be invited to social and political events of the party with the President of the Federal Republic of Nigeria and the national chairman of the party.”

Members in this category are also to contribute and participate in the formulation of key policy decisions for the next general election.

“Consideration shall be given to platinum card-carrying members for appointment into boards of Federal Government-owned parastatals, agencies, ministerial appointments as well as other benefits that accrue to the party,” the report says.

Other perks, the report says, “are inclusive, but not limited to procurements, contracts and projects (awards) at all levels of the party governance structure.”

The document also states that diamond card-carrying members will enjoy most of the privileges associated with those in the Platinum group.

The report adds that those in diamond category “will (however) not be eligible for consideration into the membership of Board of Trustees as well as contest for the position of President and national party offices as the national chairman, deputy national chairman and national secretary.”

Gold card members will be expected to pay N200,000 (men) or N100,000 (women) minimum a year. They are expected to enjoy the benefits accruing to those in the diamond card category.

Holders of Silver cards in the party, according to the document, are expected to contribute N100,000 (men) or N50,000 (women) per annum to the party.

But they will not enjoy contracts from the government or be allowed to contest for national offices or be considered for appointment as ministers.

However, Silver members may be considered for commissionership appointments as well as other benefits that may accrue to the party such as “procurements, contracts and projects” at the state levels of the party’s governance structures.

Members who cannot afford to part with the sums quoted above will be asked to cough out N3,000 (men) and N2,000 (women) annually. However, they will only be allowed to contest for public posts at the local government and ward levels. Those in this category are called “Standard membership” card holders.

Student membership is planned to be free, but the document says it will be limited to “students in tertiary institutions approved by the Federal Ministry of Education.”

In his reaction, the National Chairman of the party, Senator Ali Modu Sheriff, said the cash-for-membership plan would not work, adding that the party was not for sale. Sheriff added that the plan of the Makarfi-led caretaker committee was to handover the party to the rich.

Speaking through the Acting National Publicity Secretary of the party, Mr. Bernard Mikko, the former Governor of Borno State said, “That idea won’t work. We are talking and planning to handover the party to the people, yet some people are secretly planning an alliance to hijack it.

“The PDP is not for sale. We won’t allow it to happen. The party is for ordinary Nigerians who are committed to its ideals and not for a few, who are desperate to hijack it.”

“The committee should stop misrepresenting us. It is going about dishing out the report to eminent members of our party without authorisation,” he said.

But the spokesperson for the Makarfi faction, Prince Dayo Adeyeye, disagreed with the critics of the new plan, saying that it would be wrong for anyone to say that the committee was not serving the interest of the party.

It said, “It has been established that political parties all over the world are funded by governments of their various countries. This was also in practice in Nigeria before a PDP-controlled National Assembly stopped it.

The committee further recommended that the party should invest five per cent of its annual income in commercial companies. In order to make more money, the committee said the party must establish companies that would bid for contracts as well.

The report said, “It is recommended that five percent of the party’s income be invested in reputable fund managers and blue-chip companies such as pension funds, treasury bills, bonds, telecommunications companies, oil companies etc. NEC should determine such companies from time to time.

“It is further recommended, if approved by the appropriate organs of the party, to establish PDP incorporated organisations to handle party investments and also bid for contracts.”

Meanwhile, 23 out of the 36 state chapter chairmen have thrown their weight behind the National Chairman of the party, Senator Ali Modu Sheriff.

They also said they were backing recommendations made by the Governor Seriake Dickson’s Peace and Reconciliation Committee for a unity national convention to hold not later than August this year.

The state chairman stated this after their meeting in Abuja on Friday night.

In their communique, which was made available to journalists on Saturday, they expressed concerns that if the ongoing leadership crisis in the party was not resolved quickly, it would affect the fortune of the party, especially as the Independent National Electoral Commission had released the 2019 election timetable.

The communique of the meeting was read by the Federal Capital Territory PDP chairman, Mr. Yunusa Suleiman.

He said he and his colleagues were supporting Sheriff because of the judgement of the Court of Appeal, which pronounced him as the party’s substantive national chairman.

Suleiman added that the support of the chairmen for Sheriff was without prejudice to the ongoing appeal lodged by the Senator Ahmed Makarfi-led National Caretaker Committee of the party, at the Supreme Court.

He said whatever decision reached by the apex court would be adhered to by them as well.

The chairman insisted that the political solution being proffered by former president Goodluck Jonathan was the best way out of the crisis.

The communique added, “The PDP state chairmen are very concerned about the crises engulfing the party as it is degenerating into the several defections from the party across the nation.

“Bearing in mind the upcoming Presidential elections timeline recently announced by the INEC, as key political actors of the polity, we cannot sit back and allow our party to degenerate to this level and we have thus decided to come forward and proffer solutions to this crisis.

“In line with the only template presented by the Peace and Reconciliation Committee of our party headed by Henry Seriake Dickson, Governor of Bayelsa State, we wish to state that we support the recommendation that a political solution is the best and only solution to our crisis without prejudice to the ongoing judicial processes,

“We are also in support of the committees’ recommendation of an all inclusive unity convention to be held as soon as possible.

“We, as legitimately elected chairmen wish to state on the grounds of clarity that we shall never be in support or be a part of any plan to tinker with the option of leaving the PDP and forming another party.”

The communique was signed by 23 participants at the meeting.

But in a swift move, Makarfi described the state chairmen as fake, and dissidents.

Makarfi, who spoke through a member of his committee, Prince Dayo Adeyeye on Saturday, added that the action of the chairmen was a ruse.

He said, “We wish to state without ambiguity that the action of these elements is a ruse, lies from the pit of hell and a mere continuation of impunity of Senator Sheriff and his dissident backers within the party.

“For the records, we wish to make it clear that many of those men are not elected state chairmen of our party, even when Senator Sheriff was the recognised chairman of the party.”