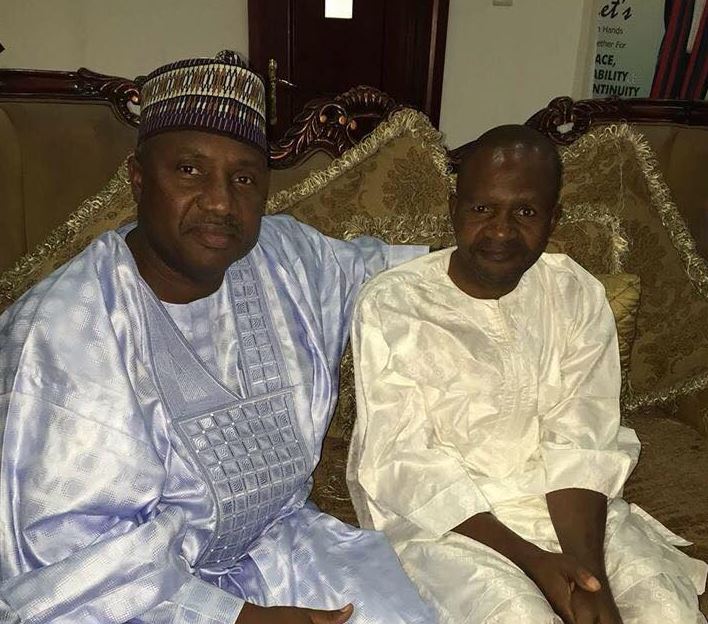 Governor Umar Bindow of Adamawa state today paid a visit to the former governor of Taraba; Danfulani Baba Suntai who is currently ill following a plane crash he was involved in while in office…

Suntai’s current travails started precisely on October 25, 2012, when a private plane he piloted crashed in Yola, the Adamawa State capital. After receiving the initial treatment at the Adamawa Standard German Hospital in Yola he was later transferred to the National Hospital Abuja on October 26, 2012.

He has been receiving treatments since both here in Nigeria and abroad.