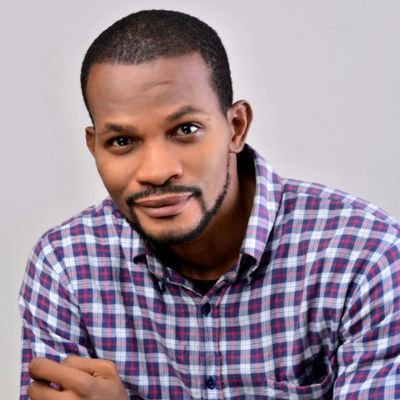 Uche Maduagwu in a short post, had earlier called out Apostle Suleiman’s critics, saying that men of God should be left alone.

Daddy Freeze responded to his video with a post stating that Uche had just one shirt and that he’d be glad to upgrade him. Uche didn’t take this laying down as he then did a video saying he was tired of OAPs and that Freeze should focus on his work. Freeze was swift in his comeback responding to the post saying;

“Seun Egbegbe, it’s not fair o! You are saying that if I’m tired of this beautiful life, I should go back to the village. Is the village in another ‘life’?


“I know being an HoHayPee is not as prestigious as being an actor but don’t worry, we will get there some day!


En, it’s not ‘Seun Egbegbe? It’s that one shirt boy @uchemaduagwu, that just acquired a yellow t-shirt? Why is he wearing both shirts at the same time?


“What if he is robbed on his way home? Does he want to lose all his assets?

“Meeen filter na bastard o! Na you be this ?


“Choi! You for end am for photograph o!

“Dear Nigeria pastors, please this guy has been defending you people for the last 2 days. Can you kindly get him some new clothes and book him an appointment with a good dentist, so he can be a more befitting spokesperson?

”You have fans? Can they kindly indicate in the comment section, so we can have them evaluated along with you?