Home News Feed Shocker! 57-year-old Grandmother Apprehended at Lagos Airport for Smuggling Kilos of Cocaine...
Facebook
Twitter
WhatsApp
A 57-yr old Nigerian grandmother, Mrs. Odeyemi Omolara Morayo, has been caught by the operatives of the NDLEA with 1.595kg of cocaine at the Murtala Muhammed Int’l Airport in Lagos. 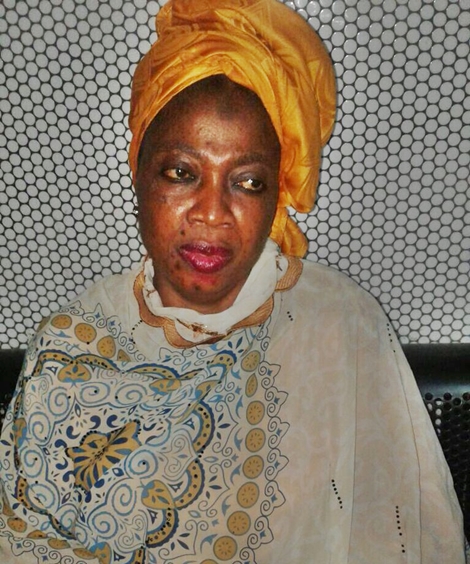 A 57-year-old grandmother and textile merchant at Balogun market in Lagos has been caught at the Murtala Mohammed International Airport, Lagos, in connection with cocaine smuggling to Jeddah, Saudi Arabia, the National Drug Law Enforcement Agency (NDLEA) has said.
Odeyemi Omolara claimed to be going on a pilgrimage to Saudi Arabia when she was arrested, according to the agency.
Ahmadu Garba, NDLEA commander at the Lagos airport, explained that the two parcels of white powdery substance that tested positive for cocaine were carefully concealed inside her luggage.
“A female passenger, Odeyemi Omolara Morayo with a valid Egypt air ticket from Lagos to Saudi Arabia had been arrested with 1.595kg of cocaine,” Mr. Garba said.
“The cocaine which was concealed in a false bottom of her bag was discovered during routine check on passengers at the departure hall. We had to cut the bag open to recover the cocaine because of the way it was neatly concealed. She was immediately arrested and the case is currently under investigation.” 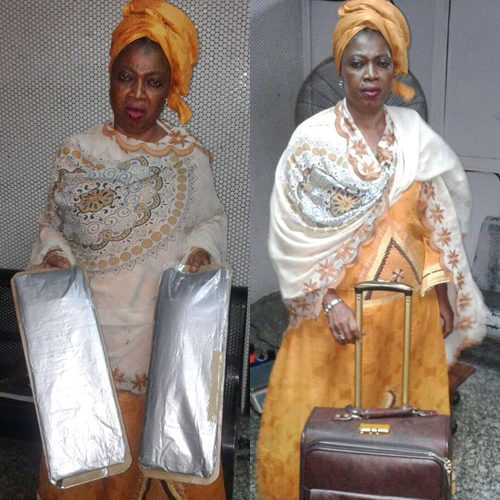 In her statement, the suspect who hails from Ogun State said her friend and customer was the one that introduced her into drug trafficking.
“I have two children and my daughter is married with children,” she said.
“Recently, I told my friend that I loved to go on pilgrimage this year and she promised to sponsor my trip. That was how she collected my international passport, processed my travel documents and bought return ticket on Egypt airline. The only favour she requested from me was that I should take a bag to Saudi.
“She also told me that somebody will collect the bag from me at Jeddah. It was an empty bag so I kept my personal effects inside it. On getting to the airport, officers discovered cocaine inside the bag during search and I was arrested.”
In his reaction, the Chairman/Chief Executive of the NDLEA, Muhammad Abdallah, described the suspect’s action as condemnable. “Smuggling cocaine to Saudi Arabia under any guise is condemnable,” he said.
“It is good that she was arrested here because drug trafficking attracts capital punishment in Saudi. Apart from saving her from execution in Saudi, the prompt arrest also protected our country from disrepute. The Agency will not relent in the fight against illicit drug production, trafficking and abuse.”
The arrest came few days after Justice B.O. Quadri of the Federal High Court Abuja sentenced a 55-year-old female pilgrim, Binuyo Iyabo, to 10 years imprisonment with hard labour.
Ms. Binuyo was caught last September smuggling 76 pellets of cocaine weighing 931 grammes to Medina, Saudi Arabia.