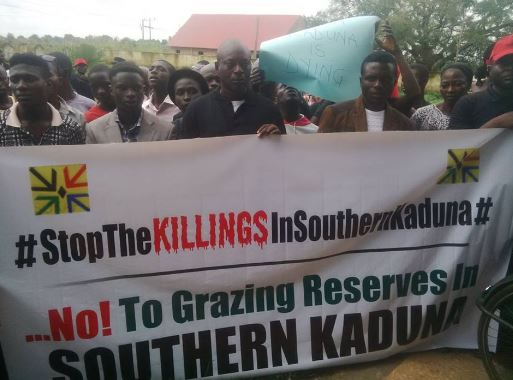 The apex Southern Kaduna Socio-cultural organisation, Southern Kaduna Peoples Union(SOKAPU) Youth Wing has called on the Federal Government to rescind her decision to establish two army battalions in the region.

Although,the Chief of Army Staff,Lt-Gen. Yusuf Buratai, had laid a military battalion foundation stone near Kafanchan out of the two formations approved by the Federal government to enhance security of life and property in the zone but was destroyed by unknown person.

But, national leader of SOKAPU Youth Wing, Comrade Nasiru Jagaba, who signed the union’s communique after its annual youth Congress held at St. John’s Multipurpose Hall held in Kachia, described the siting of the military facilities in the region as counterproductive.

“To this end we call on the Federal Government to face this matter head on and rescind her decision to establishing two army battalions which we find counterproductive with the current military facilities in Southern Kaduna and environs is adequate with only a command structure of the NPF amiss to deal effectively with crime and security in the area” the communique maintained.

The communique also resolved to engage and monitor the budget process and programme implementation in Kaduna State, Nigeria:” And to commence the preparation of the scorecard of budget performance”

The communique further resolved to encourage and promote increase participation of Southern Kaduna youths in the economy, governance and politics of Nigeria.

“In pursuance of economic growth we call on all Southern Kaduna people to invest in their land in agriculture, media, industries, security and other entrepreneurial pursuits” the communique said.