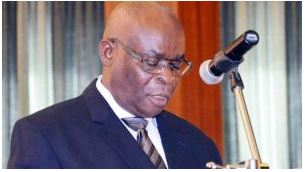 The Supreme Court of Nigeria has upheld the revocation of Oil Prospecting Licences (OPLs) 321 and 323 from the Korea National Oil Corporation (KNOC) and subsequent reallocation to ONGC/Owel Petroleum Consortium.

The apex court, in the suit numbered SC114/2013, between President of the Federal Republic of Nigeria & 3 others V. KNOC & 6 others, declared that the action of the president, which was taken in 2009, was within his executive powers.

The court in the four-to-one judgment, said the act, which arose from a contractual arrangement between the parties, not being a quasi-judicial act, was therefore not subject to judicial review in respect of which a writ of certiorari lies.

Other justices in the matter were Justice Olabode Rhodes-Vivour, Justice AminaAugie and Justice Paul AdamuGalinje.

The Supreme Court noted that the dispute between the parties arose from a contractual relationship and held that, by the letter of award in respect of OPLs 321 and 323 respectively, “in my considered view, constitutes allegations of breach of contract.

“Where there is a contractual obligation between the parties, both parties are expected to comply with the terms and conditions of the contract. Where the contract contains terms for bringing the contract to an end by either party and the terms are not complied with, the remedy of the affected party lies in action for breach of contract, damages, etc.”

Regarding the remedy available to the Koreans in respect of the termination of the award of OPLs 321 and 323, the Supreme Court held that the case of KNOC and its Consortium at the trial court was incompetent as what the act complained of was an executive act in respect of which a writ of certiorari would not lie, having arisen from a purely contractual relationship.

The apex court consequently affirmed the decision of the Court of Appeal striking out the appellant’s suit at the trial court.

The Korean firm had gone to court following the decision of the President of Nigeria conveyed in the then Federal Ministry of Energy’s letter, dated January 8, 2009, written by the Minister of State (Energy) and addressed to the Chairman, KNOC, wherein the federal government voided the allocation of OPLs 321 and 323 to KNOC on the basis that KNOC and its consortiums failed to fulfil certain terms and conditions of the award and restored the rights of ONGC/Owel Petroleum Consortium as the original winners of the two blocks in the 2005 bid round.

ONGC/Owel Petroleum Consortium had taken steps to pay the signature bonus in full as stipulated by the letter until the consortium received information that the KNOC had approached the Federal High Court, Abuja sometime in March 2009, to seek redress and an injunction restraining the relevant federal government agencies from giving effect to the content of the January 8, 2009 letter.

The Consortium had to recall the bank guarantee when the blocks awarded were withdrawn and re-alloted to KNOC in 2005 on the basis of its prior right of first refusal, due to some non-bid related downstream obligations made by KNOC, which it failed to comply with, in addition to its failure to comply with the terms of the bid.