A Magistrate court sitting in Lagos has granted a bail of  N100, 000 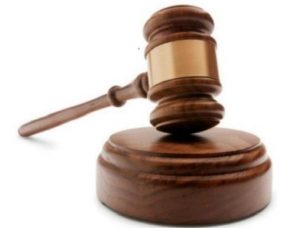 to a 27-year-old teacher, Benjamin Ibu, who allegedly defiled a four-year-old girl on Friday.

The teacher is facing a charge of defilement.

‎‎She said the accused took the minor to a secluded area and defiled her.

“It was the security guard that caught the teacher in the act and the case was immediately reported to the police.”

The offence carries a life imprisonment.

‎The accused, however, pleaded not guilty to the charge.

The ‎ Magistrate, Mrs Ipaye Nwachukwu, granted the accused bail in the sum of N100, 000 with two sureties in like sum.‎

Nwachukwu said one of the sureties must be a civil servant on Grade Level 14, while the other surety should be either a community leader or a cleric.

In addition, she said the sureties should show evidence of tax payment to the Lagos State Government.

The magistrate ordered that the case file should be duplicated and a copy sent to the State Director of Public Prosecutions (DPP) for legal advice.

The case was adjourned to May 9.