Korede Bello debut album ‘Belloved’ which was released yesterday, Saturday, March , 2017 has no doubt generated much review from the public and Mavin Records first lady, Tiwa Savage has also expressed her strong enthusiasm for the album too. 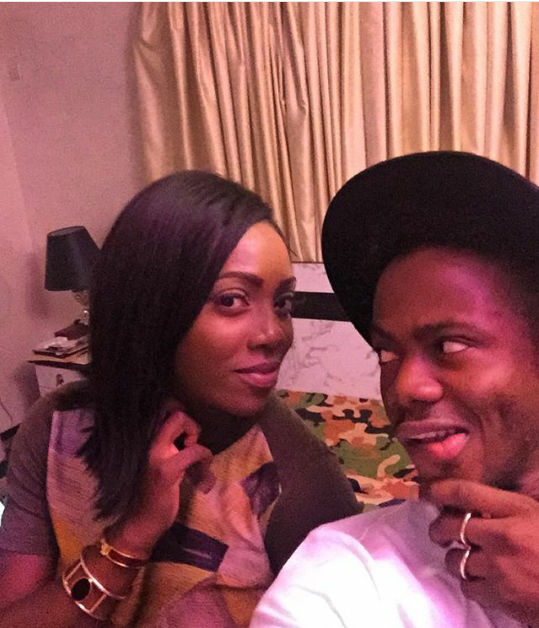 In a short video posted by Korede on his Instagram page, Tiwa Savage can be seen wearing a blue denim jacket and a hat expressing how much she appreciates Korede Bello’s album, congratulating him and going on to reveal she is incredibly proud of him.

Tiwa remarked in the 23 seconds video; “So, I’m literally here listening to the final touches of the Belloved album; a few days before Korede drops it, and it’s incredible! I’m super excited! I can’t wait for you guys to experience it. Korede Mega Superstar, I love you – Congratulations!”

The video has since amassed numerous views with hundreds of fans promising to purchase the album when it is out. She lauds  Korede’s effort, declaring his craft as classic. ‘Belloved’ has been available nationwide since yesterday.