It is clearly obvious that the separation drama between Nigerian actress, Tonto Dike and her man, Dr. Oladunni Churchill is sadly one that would be hanging around a little much longer as a Ghanaian policeman has revealed one of the violent outbursts of the actress and mother of one on her husband. 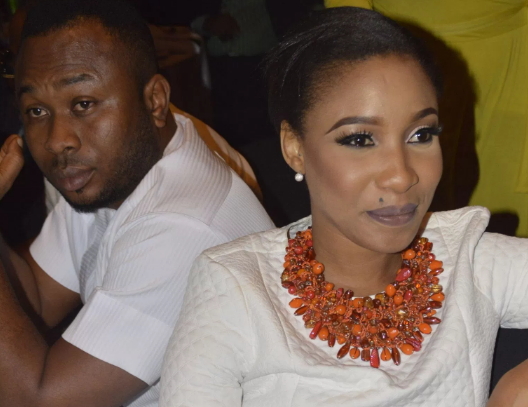 Recall that Tonto Dike had in the past couple of weeks made allegations against her estranged husband as she claimed he had infected her with STDs adding that the gifts she flaunted on her social media page were bought by her in order to help him promote his brand.

The actress recently granted a Tell All interview in which she further alleged that she was sexually abused during her 17-months- marriage to the philanthropist adding that she has more proof to confirm that he had extra-marital affairs with his Personal Assistant and Actress, Rosaline Meurer.

Well the aftermath of her the interview with the Media Room Hub has revealed that actress, Tonto Dikeh might have lied about being assaulted by estranged husband, Oladunni Churchill.

In a new video which surfaced online published by Asempa News in Ghana, a policeman identified as Supt. Joseph Oppong, a Crime Officer at the Madina Divisional Police was seen reading a statement which was allegedly written by the actress’ estranged husband during one of their fights in Ghana.

The policeman while reading the statement noted that the police department received a call from Churchill’s Trasaaco estate in Ghana and upon response to the distress call found out that Tonto Dike had in rage pulled a gun on her husband and destroyed things in the house in rage.

Oppong while reading the statement noted that the actress during her rage had claimed her husband, Oladunni Churchill was cheating.

Oppong further revealed that the actress upon their arrival had destroyed properties worth $15,000 adding that the policemen had to restrain her from destroying more properties.

This report is another twist to the ongoing marriage separation saga going on between Dikeh and Churchill.

The actress had been getting sympathies from her fans following some revelations she made in her interview with the Media Room Hub, but that may now be affected following new information.