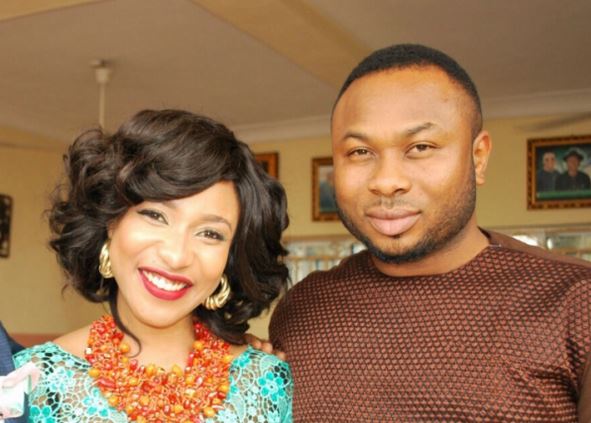 Nollywood actress, Tonto Dike’s estranged husband, Dr. Olakunle Churchill has opened up on his marriage crisis in a recent interview about the actress who left his house with their baby, Andre some weeks ago.

Recall that Tonto Dike was revealed to have puled a gun on her husband as she destroyed properties worth about $15,000 in his Ghana home.

Speaking on the breakup which the actress alleged was due to his infidelity with one Rosaline Meurer, his Personal Assistant and actress, Dr. Churchill has opened up in a recent interview.

Churchill in the interview presented evidences to back his claims while speaking to Media Hub Room.

During the interview, he showed evidence of damages and also countered allegations made by the actress that in her Tell All interview where she alleged he domestically violated her amongst other things.

Mr. Olakunle also confirmed that his wife pulled a gun at his bodyguard in Ghana which resulted in her arrest, he further debunked her claim that she ran to the airport naked.

He said: “what can a one year old boy do to him that can get him angry? A boy who can’t talk”.

He further played a recorded phone conversation he had with the Nanny, Tonto Dike had hired for their son, Andre. Churchill further revealed that he has lost about N66million because of his ex-wife who is now blackmailing him.

Watch video of interview below: