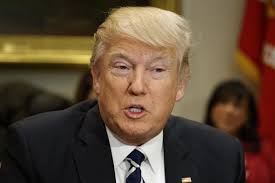 Gross domestic product rose at a 1.9 percent annual rate in the final three months of 2016, the Commerce Department said on Tuesday in its second estimate for the period. That matched the estimate published last month.

Output increased at a 3.5 percent rate in the third quarter.

Economic data early in the first quarter has been mixed, with retail sales rising in January but homebuilding and business spending on capital goods easing.

The economy may get a boost from President Donald Trump’s proposed stimulus package of sweeping tax cuts and infrastructure spending as well as less regulations.

Trump, who pledged during last year’s election campaign to deliver 4 percent annual GDP growth, has promised a “phenomenal” tax plan that the White House said would include tax cuts for businesses and individuals.

Details on the proposal remain vague, though Treasury Secretary Steven Mnuchin said on Sunday that Trump would use a policy speech to Congress on Tuesday night to preview some aspects of his tax reform plans.