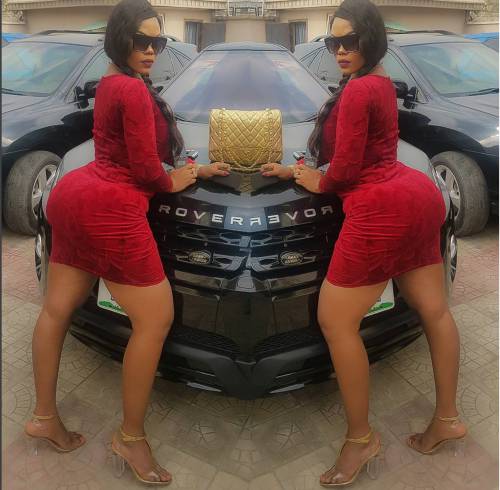 Controversial Nollywood actor Uche Maduagwu has taken it upon himself to slam Sahara reporters and their report that fellow actress, Daniella Okeke’s Mercedes GL was bought by the General Overseer of Omega Fire Ministries, Apostle Johnson Suleman.

He announced that he just got off the phone with her and she was in tears and personally told him she bought the car with her life savings; a story weirdly similar to that of Rosaline Meurer’s when he came out to defend her.

According to the site, the ‘Man of God” gave a $76,000 brand-new Mercedes-Benz 450 GL to Nollywood star Daniella Okeke in 2016, an official Lagos State website shows.

Read what he wrote below, 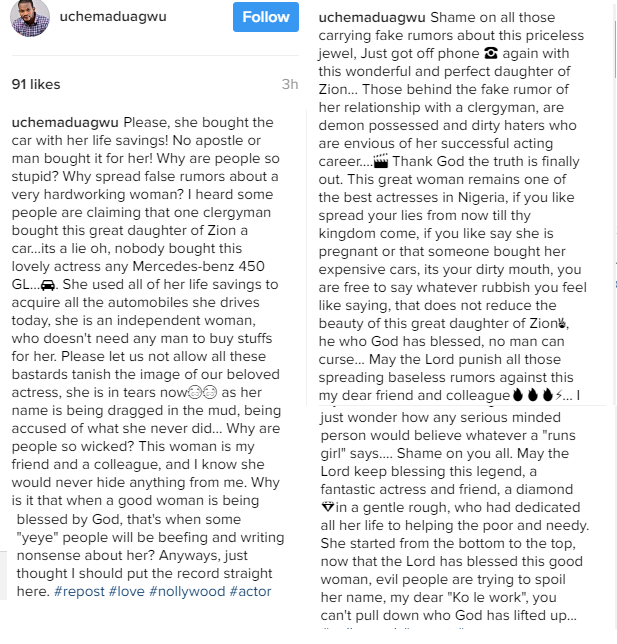