UEFA has dismissed the concerns of Manchester United boss Jose Mourinho by declaring that FC Rostov’s pitch is playable.

Mourinho felt that the playing surface at the Olimp-2 Stadium, which will host Thursday’s Europa League Round-of-16, first-leg clash, posed a danger to the players.

Selmashi manager Ivan Daniliants had also admitted that the pitch was ‘problematic’ for both teams.

However, European football’s governing body insists the game will go ahead as scheduled, despite saying the surface wasn’t ideal to play on.

A statement from UEFA read: “A pitch inspection has been carried out by match officials on Wednesday.

“The playing surface may not be in perfect condition, but has been deemed playable. The match will go ahead as scheduled.” 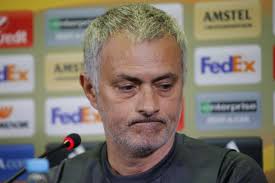