Home News Feed Unbelievable! Woman Finally Wakes Up After Seven Years in Coma | Photos
Facebook
Twitter
WhatsApp
A woman has left many people in serious shock by waking up seven years after she slipped into a coma during a traumatic labour. 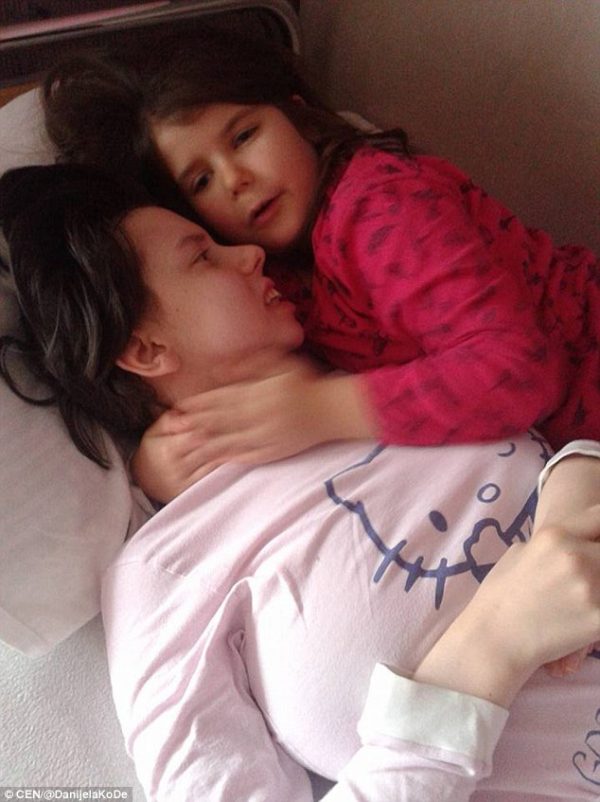 A woman who went into a coma following a traumatic labour seven years ago has astounded doctors by waking up, Dailymail reports.
The woman identified as Danijela Kovacevic, from Serbia, gave birth to a baby girl, Marija, in 2009 but lapsed into unconsciousness after developing deadly blood poisoning, sepsis.
The 25-year-old, from Indjija in the northern part of the country, remained in a vegetative state for years becoming one of the country’s longest-surviving coma patients, but has stunned medics by waking up – and meeting her daughter for the first time.
The young girl is now seven years old and, in one particularly heart-warming image, is seen cuddling her mother who appears to gaze back in wonder.
It comes after the youngster kept an almost-constant vigil by her parent’s bedside. 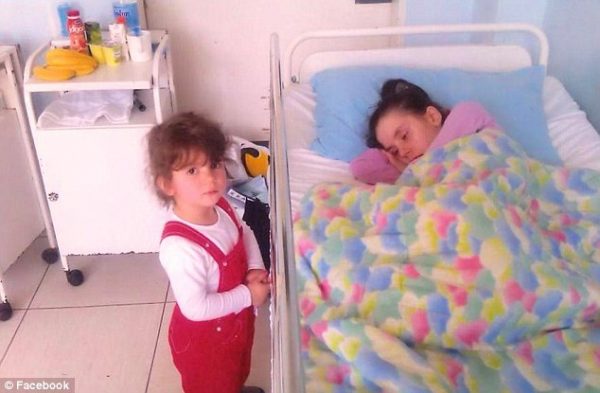 ‘After school, Marija is close to her mama every day,’ a family friend says. ‘She comforts her, makes her laugh and does not give up the hope that she will touch her and embrace her.’
Now, doctors in a German rehabilitation clinic, based in Pforzheim, say she has advanced to the point where she can hold a tablet and pen in her hand, as well as sit up and follow conversations.
The progress is a result of extensive physical and speech therapy that stimulates brain cell function.
Serbia’s Republic Health Insurance Fund approved a three-month stay in the facility, but rejected further requests because ‘there is no adequate code of the disease’.
As a result, her family are trying to inspire donations from well-wishers who can alleviate the financial burden.
Specifically, the family claim they needs a further 50,000 Euros (£43,000) for the treatment to continue.
‘These are minor recoveries, but Danijela is much better that before,’ her father, Djordje Kovacevic, said. ‘She has put on weight, she is more aware and more alive. She reacts, smiles and gets angry. 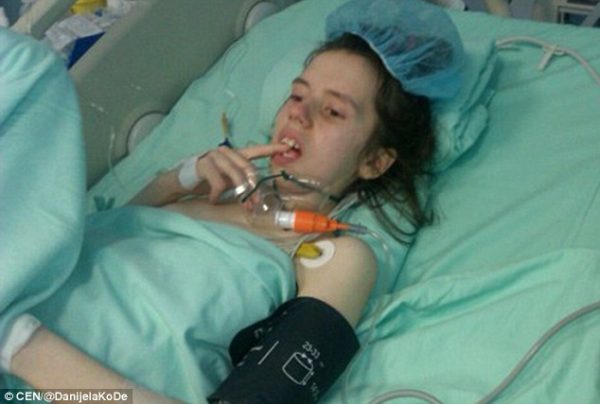 ‘The recovery of three months [which she has undergone so far] is really short,’ her father added. A man who breaks an arm needs more than three months of recovery, imagine how much time my daughter needs.’
‘That is because you are [essentially] teaching a kid to do certain things. She had very hard training. She walked 800 metres and that is a big achievement.’
A GoFundMe page, which shows she has achieved $50 of the new $50,000 goal, adds further detail of the young woman’s plight.