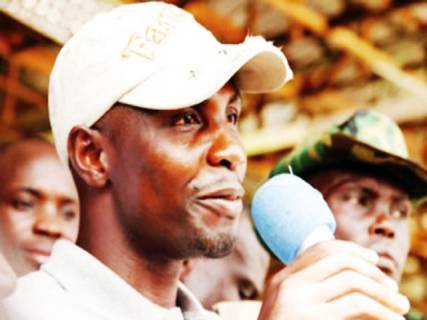 Joined as co-defendants in the N5.3 billion debt recovery suit are two ocean-going vessels, Damen CSD 500 and Damen CSD 650. One of the co-defendants, Damen CSD 500, is currently deployed at a proposed dock/shipyard in Delta State working on a dredging contract awarded by the Nigerian Maritime Safety and Administration Agency NIMASA). The other co-defendant, Damen CSD 650, is reportedly currently located at the Julius Berger jetty in Warri awaiting customs clearance. The bank’s lawsuit indicated that Tompolo’s company, Muhaabix Global Services, imported the two dredgers.

A statement of claim filed by a Lagos-based lawyer, Oluwafemi Atoyebi, Unity Bank alleged that the board of Tompolo’s company had, on 14th November 2014, voted to authorize Muhaabix Global Services Limited to borrow the sums of Euro 8,382,921.00, Euro 282,924.006 and N500,000,000 from Unity Bank Plc to fund letters of credit for the importation of the two dredgers and their spare parts. The suit states that Unity Bank granted the ex- militant’s firm all the requested credit.

According to the lawsuit, Muhaabix Global Services had provided the bank the titles to the two dredgers, Damen CSD 500 and Damen CSD 650, as collateral security for all the loans, all accrued interests and any outstanding amount payable to the bank.

The lawsuit claims that, following the execution of the mortgage on the imported dredgers, Tompolo’s company also gave the bank a lien over its fixed deposit investment at Unity Bank. The deposit was in the sum of N2,436,144,181.70.

In addition, Tompolo’s company also undertook to deposit the balance of its contractual earnings from NIMASA over the phase 1 and 2 dredging and sand filling contracts with Unity Bank.

In the lawsuit, Unity Bank claims that Muhaabix Global Services Limited violated the terms of the loan, adding that the company has failed, refused and neglected to liquidate its huge indebtedness to the bank. The bank added that it had not been able to recoup any funds from the company’s fixed deposit as the Economic and Financial Crimes Commission (EFCC) had frozen the account.

Unity Bank accused Tompolo’s company of variously defaulting on the huge loans the bank had offered it, including two loans in the sums of N60,000,000 and N59,070,717.32 requested by the company to meet and augment its working capital.

The bank further stated that it had suffered huge financial losses and damages as a result of Tompolo’s company’s violation of the loan agreements.

The bank’s claims against the defendants jointly and severally is in the total sum of N5,320,963,095.40, representing the total outstanding loan granted to Muhaabix Global Services Limited and interests of 9.2591 percent per day from November 16, 2016 until judgement is reached in a minimum of three years, the bank’s estimate of the length of time before the matter is concluded in court. The bank is also asking for 6 percent interest payments per year as post-judgement interest until the company makes full payment, including the legal costs of instituting and prosecuting the legal action.

The presiding judge, Oluremi Oguntoyinbo, has adjourned the case till April 12, 2017, for a mention.