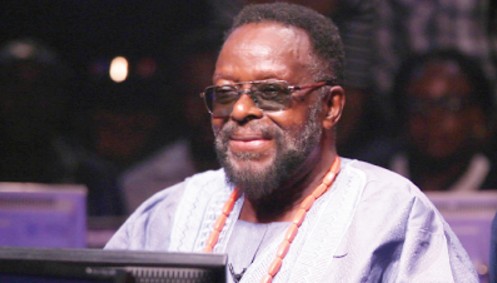 Chief Lari Williams who is a veteran playwright, has applauded Lagos State Governor, Akinwumi Ambode for proposing the establishment of five theater centres in the state.

He gave the commendation in an interview with the News Agency of Nigeria (NAN) at the Artistes’ Village in Lagos on Sunday. He said that theater, if properly encouraged, could boost the economy of the nation and bring back the theater tradition.

“Entertainment is currently the leading source of economy in most developed countries; England has invested in entertainment business for over 500 years. The emphasis should not be on the theater making money but encouraging artists to stage performances that will boost investments for the nation,’’ he said.

The London trained artist noted that theater culture could re-brand the country if properly handled by the right hands. The nation has invested over N70 million at inception of the National theater, such huge investment cannot be wasted.

‘’The professionals must collaborate to build good investment for the theater business.’’

The septuagenarian poet, playwright and arts commentator, who runs a play house, advised government to make the National theater conducive and viable enough to attract practitioners and investors.

He also appealed to theater practitioners to collaborate and patronise the national theater to bring back the theater tradition in the country to the limelight. Lari, however, expressed concern that video production had taken over the tradition of theater in the entertainment industry.

“A stage actor is better trained than a film artist, because you must be a professional before you can act on a stage, but the camera has given room to gate crashers in the industry.”

He noted that many artists now learn the profession in front of cameras, a development he said had discouraged prospective artists in the industry from undergoing training.

The septuagenarian noted that seasoned theater practitioners as the late Ogunde, Joke Silva, and a host of others left indelible marks in the industry because they were professionally groomed.

NAN reports that the world theater day is marked annually on March 27 since it 1962 started in Paris and was dedicated to celebrate theater around the world and the practitioners. (NAN)
JNEO/COO/DUA