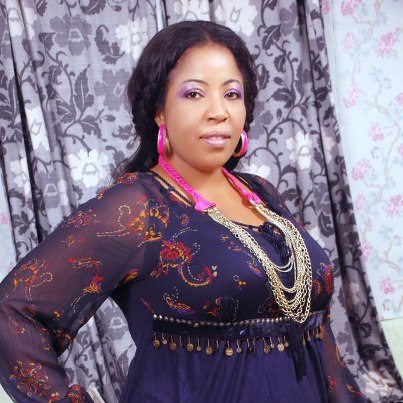 Veteran Nollywood actress, Chioma Toplis who dissed fellow colleague, Oge Okoye after claiming the dogs of Popular American TV star, Kenya Moore’s as hers, has disclosed why she blasted her colleague.

Explaining why she called her out on Facebook, Chioma said, “Moreover (when) she went public to talk trash about my household even as she was living in my house and eating my salt and pepper but secretly made those calls to spoil me behind my back.

“I am not like her (Oge) who snitches behind people’s back. I do mine in the open. I don’t care about guys who have gone to blog under anonymous names to say trash about me. At the end of the day, I have done what I want to do. I didn’t tell her (Oge) to be living a fake life. The whole world knows that I am not afraid of that bitch and I am ready to bash her at any given opportunity,” the actress said on her Facebook page when a fan asked her why she didn’t talk to Oge Okoye privately instead of yabbing her publicly.

Recall that, there has been a cold war between the two actresses for years now. Since their rift, it is obvious the actresses don’t see eye to eye.