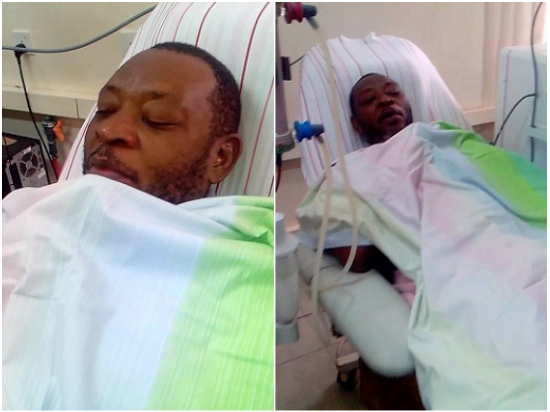 The campaign team for Nollywood actor Prince James Uche has confirmed that he passed on today, Wednesday 8th of March, following complications from his diabetes.

According to the team, he had been experiencing fever, strange blood infections and blisters on his legs for the past three days just before he secured his Visa to India for more treatment. He passed on in the ambulance on the way for his Dialysis at about 2PM.

He was scheduled to travel on Saturday, March 11th.

The team has expressed their deep gratitude to Nigerians who contributed and helped the campaign.