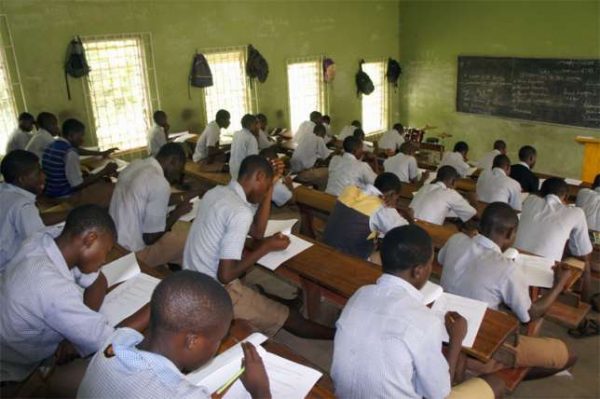 The West African Senior School Certificate Examination (WASSCE) yesterday expressed worries over the rising incidences of malpractices by the candidates who sit for the examinations.

The Registrar of WAEC, Dr. Uyi Uwadiae, who said this at the ongoing 65th Annual Meeting of the Council in Abuja, lamented that the development was mind-boggling, despite the punitive measures being adopted by governments of the member-countries of the examination body.

He disclosed that 2,223,819 sat for international examinations in 2016, adding that the figure comprised 1.887,491 as school candidates, while 336,328 sat as private candidates in all member countries.

According to him, a country by country analysis of the total enrolment figures showed that Nigeria topped the chart of the countries with the highest number of candidates with 1,729,382 candidates (or 77.77%), Ghana followed with 402, 607 or 18.10 percent while Sierra Leon came third with 65,456 or 2.94 percent enrollment

In the Gambia, 15,954 candidates or 0.72% enlisted for the exams and in Liberia the piloting of the examination which was interrupted by Ebola resumed with 10,420 school candidates or 0.47 percent.

He lamented however, that despite Nigeria’s leading role in the establishment and sustenance of WAEC, the country was not taking full advantage of the Council’s expertise in the conduct of the national examinations.

In addition, the council conducted aptitude and selection tests for public and private institutions across the sub-region in 2016. The test batteries were developed by the Council’s Aptitude Test Development Section of the Research Department.