The movie which has made about N500m since it was premiered in the cinemas in December 2016 is now available for illegal streaming and downloads on YouTube and Facebook. 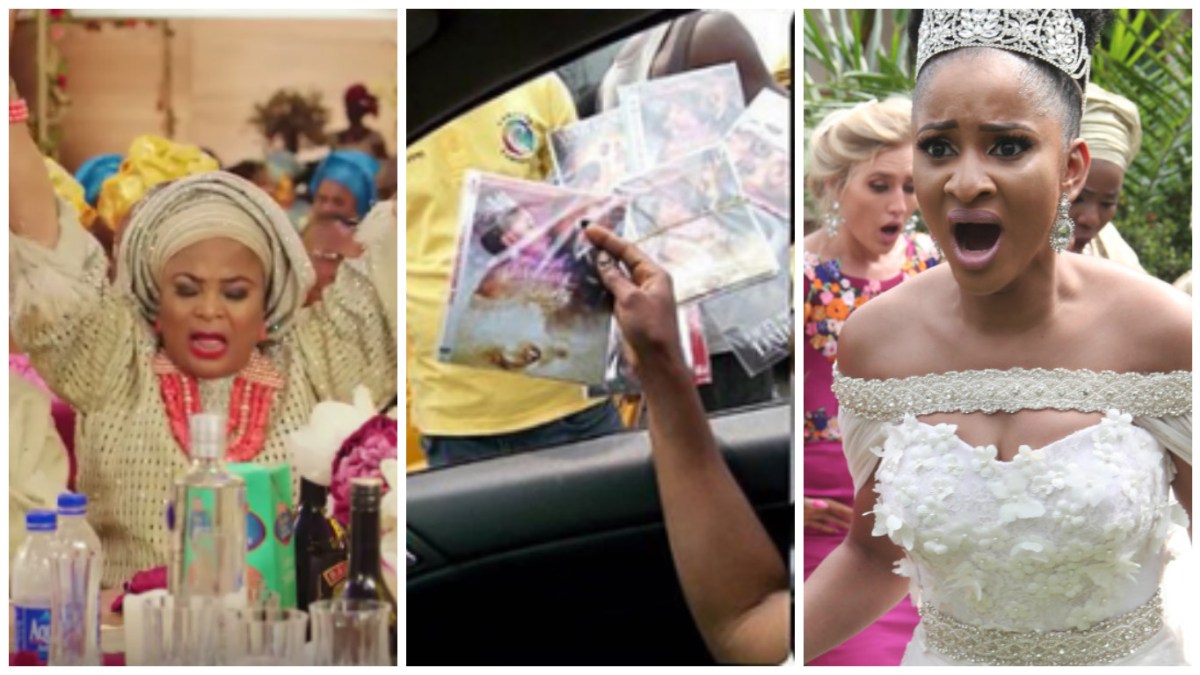 The Wedding Party producers have suffered a big blow as the high grossing Nigerian movie is now easily accessible to people across world.

Pirated versions are now selling for N500 in Lagos, N400 in Benin, N300 in Abuja and Port Harcourt, and the cheapest price goes for N200 in Warri, Delta State.

The movie, which has made about N500m since it was premiered in the cinemas in December, is also available for illegal streaming and downloads on YouTube and Facebook.

During a discussion I had with someone last night (March 6), the person made the following observation:

‘I watched it on YouTube yesterday (March 5), I checked back recently and it’s being flagged off for copyright. It was very clear and not pirated. It has had over 180k views at the time.’

This streaming figure comes with the reality of the movie’s pirated copies going around, people downloading the movie online and sharing with others via USB.

All the above sums to an estimated 200,000 people who have viewed the high-grossing movie illegally outside the cinema screens; where a good number of them would’ve paid N1,000 each to watch the movie once.

A quick multiplication of the amount with the number of estimated people reveals N100m as the least amount the movie’s producers would’ve lost; and there are cinemas houses that charge N1,500.

The producers planned to take the movie to NETFLIX and then put original CDs out for sale.

But with these shortcomings, it is unlikely they are going to make more money.