The wife of a 40-year-old tenant in Ogijo, Ogun State, Adeola Oyekan, who died Friday from injuries sustained when he was assaulted by soldiers from 174 Battalion Ikorodu, has demanded immediate arrest of the soldiers.

The woman, Glory Fagbayide, who spoke to newsmen via the telephone on Saturday.

She said, “I want justice. The four soldiers that beat my husband, our landlady and his son must all end up in jail. My husband and I just married September 2016.”

Witnesses said Oyekan was rushed to the Pillars Hospital, Ogijo, where he gave up the ghost. 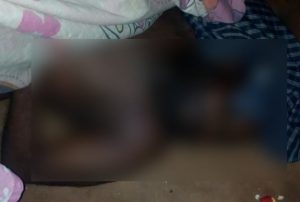