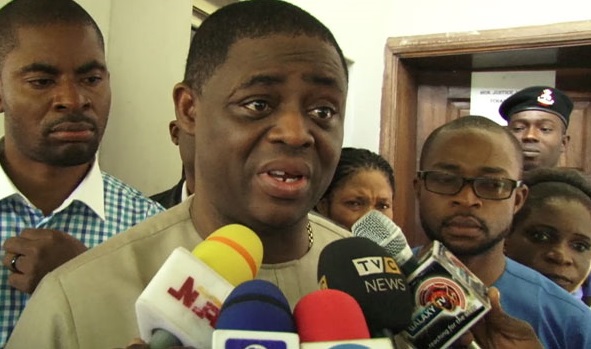 The absence of witnesses in the trial of former Minister of Aviation, Mr. Femi Fani-Kayode yesterday stalled his trial in alleged N26million corruption charges.

At the resumed hearing at the Federal High Court, Abuja, none of the 12 witnesses listed by the Economic and Financial Crimes Commission (EFCC) to give evidence against him showed up.

The counsel to the EFCC, Mr. Johnson Ojogbane informed Justice John Tsoho that he was surprised that the witnesses were not in court despite their promise to appear.

According to him, it was too early to speculate on the reasons they failed to appear, but expressed the hope that they would show up at the next adjourned date.

Ojogbane urged the court to defer the case to enable him to contact the witnesses again to ascertain why they failed to appear in court.

The counsel to the former minister, Mr. Ahmed Raji, did not object to the request for adjournment, prompting the judge to reschedule the trial for April 7.

The Federal Government had, through the EFCC, accused Fani-Kayode of allegedly receiving through his police aid, one Victor Ehiabhi, the cash sum of N26million.

The anti-graft agency further alleged that the former Director of Finance and Administration (DFA) in the office of the National Security Adviser (ONSA), Mr. Shaibu Salisu paid the money to him.