His name is Ayodeji Balogun and true to the meaning of his name, the young man whom everyone knows as Wizkid has brought about double joy to the homes of millions of his fans with his  Fela Kuti and King Sunny Ade influenced sound. 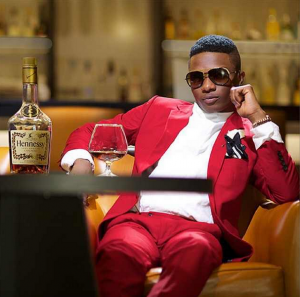 Last week, the entire media space was agog with news of Wizkid signing on to  RCA Records/Sony Music International platform. Wizkid Confirming the development to Sources, but refusing to quote the actual figure. Sunday Are, Wizkid’s Manager said, “without exaggerating, the deal is the best any African artiste has ever got”.

Are who is the CEO of List Entertainment (Wizkid’s Management company) revealed that the Ojuelegba crooner shall simultaneously be running his Star Boy Worldwide records alongside his contract with the international company. The records breaking contract valued at several million dollars would see the Afrobeat star churning out multiple albums under Sony Music.

Wizkid has also  already raked in a few awards  in his young career, including a BET Award for Best International Act Africa in 2012 and a British MOBO Award for  Best African Act in 2011; most recently, he took home the honour of African Artist of the Year at both the 2016 African Pride Awards and the 2016 Ghana Music Awards. The 26 year old is currently preparing his debut for  RCA Records/Sony Music.