A senior official of the Independent National Electoral Commission,( INEC) identified as Mrs. Fidelia Omoile, has been remanded in prison for allegedly receiving N112.4m as a bribe during the build-up to the 2015 presidential election. 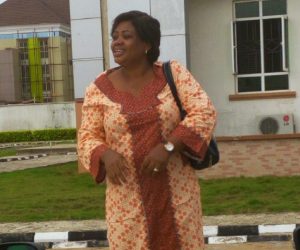 The money Omoile allegedly collected was said to be part of the $115m (N23bn as of 2015), allegedly disbursed by the then Minister of Petroleum Resources, Diezani Alison-Madueke.

Omoile, who works at  INEC office in Isoko-South Local Government Area of Delta State, was arraigned by the Economic and Financial Crimes Commission on Monday.

Justice Efreti Abang of a Federal High Court sitting in Asaba, Delta State,  ordered Omoile to be remanded in prison after she was arraigned on two charges.

The INEC official was arrested on April 11, 2016 following an intelligence report received by the EFCC on the activities of some INEC officials, who allegedly connived with some Non-Governmental Organisations to  defraud the Federal Government of millions of naira.

The first charge read, “That you Fidelia Omoile on or about the month of March, 2015 at Asaba within the jurisdiction of this honourable court did conspire among yourselves to receive cash payment in the sum of N112,480,000 exceeding the statutory limit without going through a financial institution and thereby committed an offence contrary to Section 18 (a) of the Money Laundering (Prohibition) Act 2012 as amended and punishable under Section 15 (3) and (4) of the same Act.”

The second count read in part, “That you received cash payment in the sum of N112,480,000 exceeding the statutory limit without going through a financial institution and thereby committed an offence contrary to Section 1 (a)  of the Money Laundering ( Prohibition) Act 2012 as amended and punishable under Section 16 (b) and (4) of the same Act.”

The defendant pleaded not guilty to the charges read to her.

In view of her plea, the prosecution counsel, Sadiq Hussaini, asked for a trial date and asked that the defendant be remanded in prison.

However, counsel for the defendant, K. O Obamogie, made an oral application for bail of his client and urged the court to grant his prayers. Hussaini opposed his prayers.

In his ruling, Justice Abang turned down the defendant’s application for bail, directing that the application be filed formally. He also adjourned the matter till June 6, 2017 for hearing and ordered the defendant be remanded in  custody pending the determination of her bail.