The family of the  Debowale’s began their day with tears and groans as they lost their one year old, that  brought so much joy but he was lost to the cold hands of death a year after. 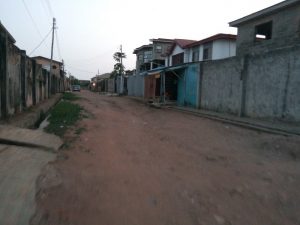 Demilade was only a year old and the first child of his parents with no sense of direction or independence.

He could not differentiate between good or bad; sweet or bitter; right or wrong.

His parents, Mr and Mrs Debowale must have looked forward to the day Demilade will utter his first word.

Perhaps he would have called his dad dada or his mum mama and his parents would have been so proud of him.

His dad could have also looked forward to the day he would take him on his first bicycle ride; enrol him in school and watch him grow into a man.

His parents’ expectations were however cut short when innocent Demilade crawled to a container of soap belonging to his mother, put some in his mouth and died later in the hospital.

Demilade’s mother produces locally made soap in their residence at 13, Elegbede Street, Off Airforce Base, Shasha area of Lagos State.

On this fateful day according to the father, Demilade’s mother went out briefly while he was left with the sole responsibility of watching the baby.

A little sleep, a little slumber and tragedy struck.

Demilade, who probably has seen his mother at the soap corner of the apartment severally, crawled to the spot in search of his mother, found a container with soap making materials and put some in his mouth.

The father, who said he was woken up by his baby’s cry, rushed him to Bee Hees Hospital in Akowonjo, Egbeda.

Demilade was pronounced dead few hours later after effort by the medical personnel to revive him failed.

A neighbour, identified as Reuben said the mother cried uncontrollably after she was informed of what happened to her baby.

Demilade’s body has been deposited in the mortuary.