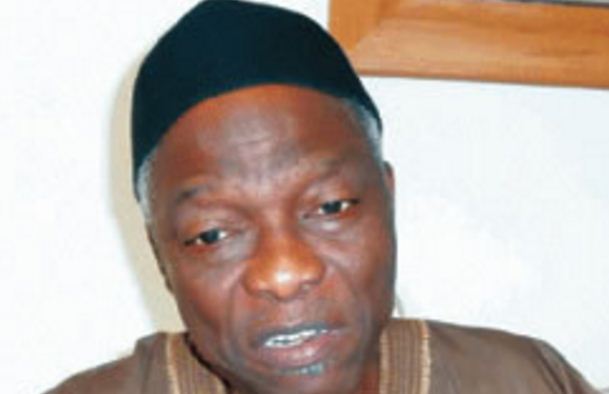 A former Chief Whip of the National Democratic Coalition, Chief Wale Oshun, while reacting to the contents of Bamaiyi’s book on Saturday, said he agreed with the ex-Army Chief that Abdulsalami had a case to answer regarding Abiola’s death.

He told SUNDAY PUNCH that it was clear Abiola did not die a natural death.

He, therefore, urged Buhari to reopen investigations into the death of the June 12 hero.

Oshun, who is also the Chairman of the Afenifere Renewal Group, said Abdulsalami “certainly would have information which he has not disclosed since then. There is no way he can wash his hands completely off (Abiola’s death).

He added, “I have not read Bamaiyi’s book but I will say this. We in the NADECO, in the United Kingdom at that time, received what we would call an intelligence notification that a section of the Nigerian military might kill him (Abiola), in retaliation for the death of the late General Sani Abacha.

“We received the intelligence as a fax message before Abiola died. It is in that context that it was suggested that Abdulsalami was under pressure. Abdulsalami was the head of state at that time. So, he certainly would have information which he has not disclosed since then, even till today.

“All I know is that as the head of state, he had the ultimate responsibility for the safety of Abiola. If you read the sequences to Abiola’s death, you would know that certainly, he didn’t die a natural death. How it was caused and who caused it may be in contention but he did not die a natural death. This was also confirmed by the fax message which NADECO received.

“The Federal Government should ensure that the death of Abiola is investigated and reopened. Nigerians deserve to know the ultimate truth about his death.”

Meanwhile, when our correspondent visited Abdulsalami’s home in Minna, Niger State, on Saturday for his reaction, one of his domestic aides said that the ex-head of state had travelled out of town.