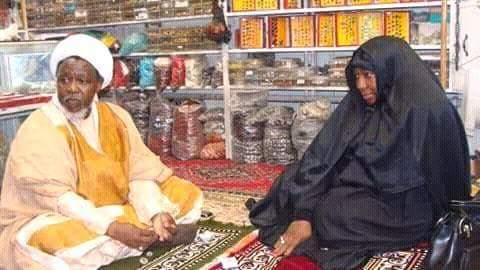 A human rights group, Justice and Peace Movement has called the attention of Nigerians and the global community, to the attempt by some individual, local and foreign collaborators, to once again truncate the peaceful atmosphere presently being enjoyed by our country.

Addressing journalists in Lagos, comrade Kola Salawu, the leader of the group called the attention of the Nigerian government and the various security agencies to the threat, posed by these elements, in their desperation towards returning Nigeria to the brinks and allow the tragedy of terrorism that has befallen other countries, where people failed to act, to befall us.

“Our desire is that the soft approach that has landed several countries in trouble is not repeated with those troubling Nigeria so that those of us that are innocent are not made to suffer for inactions or wrong actions of those in power, when we consider the consequences of the menace of terrorism.”

He said they are disturbed about the recent growing call by some political merchants and sponsored commentators, for the release of some persons who are being prosecuted for terror related offenses. We are worried that despite the glaring evidences against these persons and other facts such as their antecedents of promoting acts that threatens the peace of our country, some p’ersons are still advocating for their release without due investigation and trial, in what we consider as a great threat to our collective security as a people.

“The danger that these latest calls potend to us, as a people, is the likelihood of our nation, experiencing the ugly scenarios that those countries who under the guise of human right and freedom, have been made to carelessly unleash terror perpetrators back into their own society, leaving them to cause greater harm to the innocent citizens.”

“Terror suspects all over the world, are not the ordinary crime suspects to be treated with kid gloves. Terrorism is a threat to humanity and anyone involved deserves the maximum punishment that the society prescribes.”

“It is therefore worrisome to us that some external influences and local collaborators, are asking Nigeria to adopt this same model that has proven disastrous in relating with terror suspects whom they want Nigerian security to treat as innocent until they kill someone. The outcome would then be to summarily execute these people when the deed has been done.”

“We want to categorically condemn and oppose the call for the release of the leader of the Islamic Movement in Nigeria, Sheik Ibraheem El Zakyzaky unconditionally, despite the overwhelming case of incitement to violence and terrorism built against him. His organization was found by a Judicial Panel to be heavily militarized. There are videos of his members training for military combat. The military recovered arms and ammunition during a raid on his enclave. His members had attacked troops and killed a soldier. They have threatened mayhem on the country. IMN has foreign support to unsettle Nigeria. This is the man that some characters in Nigeria with foreign support are canvassing unconditional release for.”

“If El Zakyzaky is released without trial as being demanded, we would be compelled to extend the same sick courtesy to would be terrorists in the future. We will be compelled to as a country make onsite execution of terrorists the norm with all the attendant risks.”

“Our march today, is therefore to demand that El Zakyzaky and other IMN extremists arrested for terrorism related cases must be prosecuted. IMN’s foreign sponsors must stop taking Nigeria for granted as we must not join the league of countries whose security agencies know terrorists and still leave them to carry out attacks before executing them to show they are working. Nigeria’s option of preventive approach to fighting terror must be respected.”

“We condemn in the strongest terms possible the ill advised attempts by the Shiite to denigrate the Office of the Vice President of the Federal Republic of Nigeria because the incumbent occupant refused to be browbeaten into compromising citizens’ safety. Professor Yemi Osinbajo merely stated the fact when he said El Zakyzaky remains in detention because there is an appeal against his court ordered release. It is therefore unacceptable for any group or individuals to vilify the Vice President for simply standing by the Constitution of the Federal Republic of Nigeria.

Those calling for the release of El Zakyzaky have failed.  They may just as well add Kabiru Sokoto and other high profile Boko Haram suspects to the list of those they want released. This will help confirm how much they hold Nigerians in disdain to the point where they want terror masterminds strolling around freely to commit more crimes.”