As shared by Adonis Nwammah

This Morning (about 11am), This Man packed This Car and stole This Drink (Jack Daniels, N4900 only) from This Superstore that is in the same office complex with my own office. He has many other bottles of hot drinks under the front passenger seat of the Car. (We have not opened the boot).

According to the statement he wrote while being asked by a Barrister, who also has office in the complex, he said he was a former Custom Officer (maybe dismissed), but now into Clearing and Forwarding. He said he was/is a politician and that he even contested for House of Assembly in his Ekiti State under APC, against one Ojo of PDP. According to him, he has four children, two of them graduates.

Some boys them were ready to do the extras, thank God for some police officers that arrived the scene. I don’t just understand, is this greed or a negative spiritual propeller 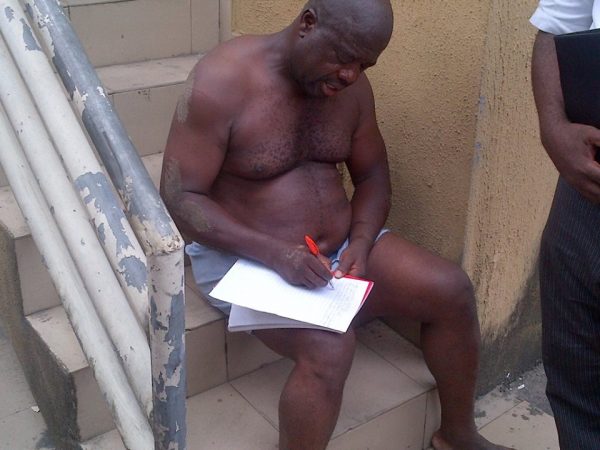 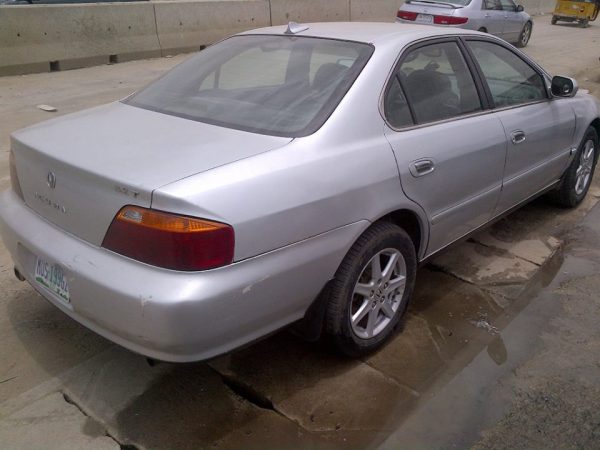 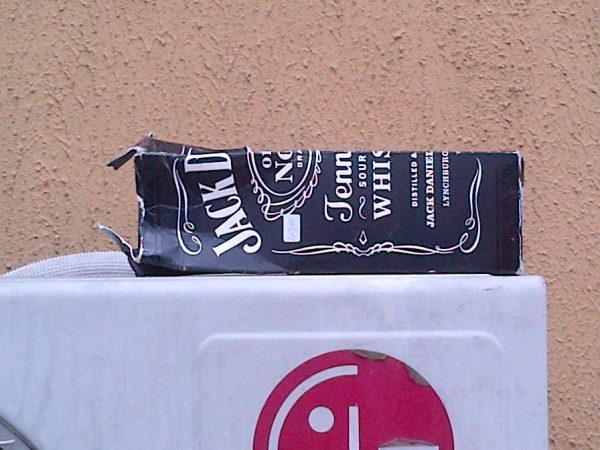 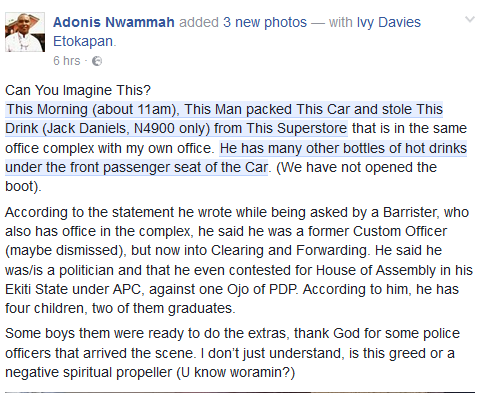