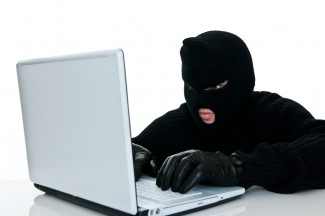 The activities of some online shoppers who turned themselves into killers are currently troubling the e-commerce sub-sector of the nation.  Online businesses are estimated to be worth $10 billion (about N3.06 trillion) in the country.

Stakeholders’ anxiety is coming on the heels of two incidents involving the killing of a Jumia agent and UBER driver in Rivers and Lagos states. The incidents have triggered the need for better security in online services in the country. Market observers hold that the situation, if not given quick attention, may threaten the growth of the sub-sector.

They have also called for concerted efforts, including a better push for the nation’s cashless policy as well as faster implementation of the national identity card scheme.

Indeed, the media were awash with reports of the death of Iniovosa Emmanuel on April 11. They showed how two men allegedly strangled the UBER driver in Lagos before escaping with his car to Edo State.

The suspects had reportedly boarded the vehicle from Ikeja enroute Ogba before ordering the late driver to head for a different direction where he was killed.

Earlier on March 26, the Jumia agent, who delivered two classy smartphones to a customer in Port Harcourt, was killed and dumped in a septic tank by the three people at the point of delivery.

On the development, Head of Digital Media and Strategy, VoguePay, an online payment platform, Oluwole Ogunlade, said there was still trust challenge in the industry.

He noted: “ This is the reason a customer would want to pay for products on delivery. Nigeria is still a cash-driven economy. There is the need to develop and encourage the cashless Nigeria project which will reduce the incidence of carrying cash around.”

Ogunlade posited that the country would do better if the initiative becomes robust, advising online platforms to always ensure that the products they put up for sale are genuine and match specifications. “This is where the issue of trust also comes in,” he added.

To check a repeat of the sad incidents, the VoguePay chief advised government to consolidate the nation’s databases with a view to unravelling the identities of citizens, as according to him, “we would be able to detect on time, those actually perpetrating crimes in the country.”

The e-Head of Public Relations and Social Media, Jumia Nigeria, Ojuola Asuquo, said that the late delivery agent, Chukwuma Eleje, was not actually their official but an employee of a third party logistics provider, iHub Global Solutions.

She pledged that the online platform was committed to the safety and security of both its employees and partners.

“Therefore, we have completed a comprehensive review of our delivery operations and the framework for all service providers to be put in place. Most of these measures are kept confidential for security reasons,” she added.

Asuquo, however, noted that customers would notice the following changes: “Delivery agents who receive a call from a customer asking for a change in their delivery address after the agent has already left the office have been asked to notify the office and obtain approval before proceeding to the new delivery address.

“Agents will make all deliveries in an open and visible space, not inside private residences. Where it becomes necessary for an agent to enter a customer’s residence, for example, to assist with a heavy item being delivered, the agent will notify the office before entering the residence.”

She disclosed that the platform was fully compliant with extant labour laws.

On what government could do to help operators and the country as a whole, Asuquo said it would be heart-warming if the government fast-tracks the implementation of the national identity card, saying it would go a long way in reducing the incidence of online fraud.

“Such a database can be used to verify customers’ identities and in cases of investigating wrongdoing, it will also provide addresses and additional personal information,” Asuquo noted.

From his perspective, a telecommunications expert, Chief Deolu Ogunbanjo, said these developments portend a great danger for the growth of the sector.

He advised that OLX, Konga, Dealdey, jiji.com, among others should start reinventing strategies to beat the growing menace.

Ogunbanjo, who is the president of the National Association of Telecoms Subscribers of Nigeria (NATCOMS), said the government, regulator and all stakeholders must collectively search for a solution.

“This is a test for the burgeoning e-commerce sector. Already, the telecoms sector, which e-commerce rides on contributes between 13 per cent and 15 per cent to the GDP and when it is affected, it will definitely affect the whole system. Government must bring all the stakeholders together to find a lasting solution.”

Although e-commerce is at the rudimentary stage in the country, market observers, claimed that it has had an overwhelming impact on business transactions nationwide.

According to them, the industry currently boasts of over 400,000 online orders daily.

They stressed that the fast-growing industry, with an estimated 25 per cent yearly growth, could stimulate the development of a non-oil economy in line with government’s diversification policy in the long run.

While calling on Nigerians to be more security conscious, the Public Relations Officer for the Lagos State Police Command, Famous Cole, advised operators to have a tracking device in their cars that can trigger an alert when the occupants are in danger.

“Installing a tracking device would enable you to detect on time whenever there is any security breaches and that would allow for faster responses from all ends, including the security operatives,” he stated.

According to him, there should be monitoring at the back-end, saying employers should do serious security checks on their employees as often as possible.