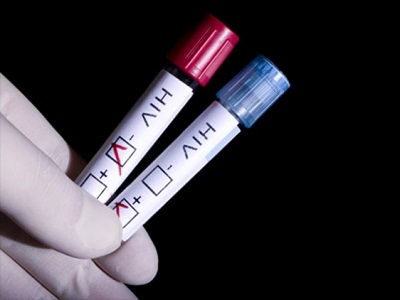 Malam Barkindo Saidu, the Executive Secretary, Borno Agency for the Control of HIV/AIDS (BOSACA), says 3,800 new cases of HIV infections have been recorded in Internally Displaced Persons (IDPs) camps in the state.

Saidu told the News Agency of Nigeria (NAN) in Maiduguri on Wednesday that the new cases were recorded after voluntary screening in 15 IDPs camps in the state.

He said that currently 2.4 per cent of the population of the state or about 108,000 persons are living with HIV and AIDS, going by the demographic survey provided by the National Population Commission.

“So far, in the whole state we have about 18,101 new cases of persons living with HIV within this period and only 9,438 are currently coming for the Anti-Retroviral Therapy and counselling.

“Our challenges are enormous and cannot be over emphasised. It will interest you to note that Borno state have not participated in any HIV programme in the last two years.

“Only tiny portion of the people living with HIV and AIDs can access treatment because most anti-retroviral centres have closed,” he said.

He explained that only 32 out of the 90 anti-retroviral centres were still operational in the state.

“Within the last six years, the state was only able to achieve nine per cent out of its HIV reduction prevalence rate in Borno state.

“This was because the government and other support partners have not given priority attention to the plight of such persons.

“Governor Shettima had approved N45 million counterpart funding for HIV development programmes since December 2016, but the fund is yet to be released.

“Three months ago, I wrote a letter to about 29 Non-Governmental Organisations (NGOs) to come to the plight of such persons but only UNICEF is assisting.

“On the 30 March, the Federal Government had received grant for HIV, TB and Malaria from Global Fund for AIDS, Tuberculosis and Maleria (GPATM). We cannot access this fund until the state government provide counterpart support funding,’’ Saidu said.

The executive secretary, therefore, renewed his appeal to the state government to release the counterpart fund and urged NGOs to support people living with HIV/AIDS.