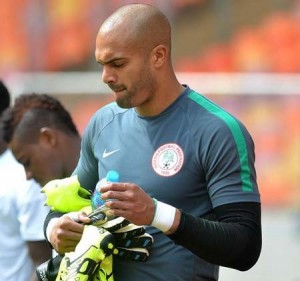 There might be a bit of worry forSuper Eagles tecnical adviser,Gernot Rohr going into the Africa Cup of Nations qualifier against South Africa and the double header against Cameroon in the World Cup qualifiers.

The team’s first choice goalie Carl Ikeme could miss Wolves’ five remaining games of the English Championship season and also the crucial games against South Africa and Cameroon as the hamstring problem threatens to end his season early.

Ikeme has been sidelined for almost a month after picking up the injury while away on international duty with Nigeria.

It was hoped he would only be out for a couple of weeks, but the injury is taking longer than expected to heal and Wolves may now have to do without him for what remains of their Championship campaign.

Wolves manager, Paul Lambert said of Ikeme’s fitness: “He’ll definitely be out at Leeds. I’m not sure if he’ll be back this season, it’s not one where I’m thinking ‘he’s going to make it’. I’m not sure.”