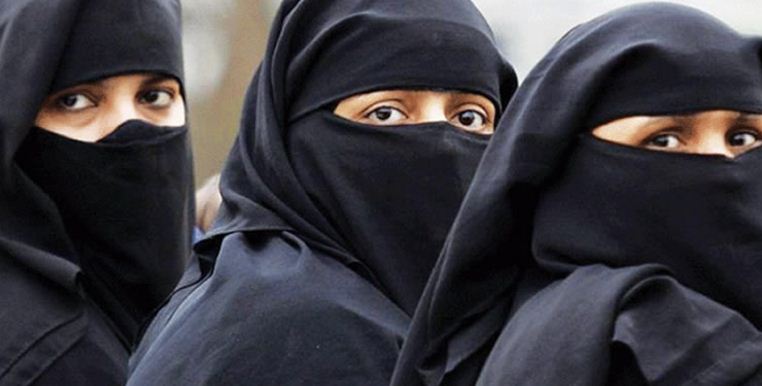 China has banned wearing veils as part of a major crackdown on what it sees as religious extremism in the western province of Xinjiang.

The measure, which comes into effect Saturday, also bans “abnormal” beards and names, as well as other “extremist signs.” Forcing others to wear veils is also forbidden.

Xinjiang, China’s westernmost region, is home to the Uighurs, a Muslim group which claims to face discrimination from the Han Chinese.

It is unclear what other forms of dress, if any, are outlawed under the legislation which was passed by the Xinjiang People’s Congress last week. The policy is seen to discriminate against Muslims.

The law also failed to explain what constituted an “abnormal” beard or name, but suggested that they encouraged “religious fanaticism.”

According to regional officials the policy harks back to speech by Chinese President Xi Jinping in 2014, in which he said religious extremism of “ethnic separatists” in Xinjiang threatened national security.

Addressing a party workshop on Xinjiang in Beijing Xi said separatists “severely damage the stability of Xinjiang, as well as national security with religious extremism as their ideological basis, violent terror as the main method, and national division as their ultimate goal.”

Xinjiang, which borders Mongolia, Kazakhstan, Pakistan and Afghanistan, has long seen tensions between the native Turkic Muslim Uighurs and the majority Han Chinese.

In the last decade the province has been beset by violence which the government blames on Islamist radicals or separatists.

This is not the first time regional officials have tried to ban veils or beards. In 2014 the north-western city of Karamy banned people wearing head scarves, veils and long beards from boarding buses.