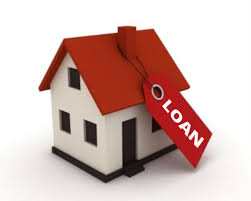 As part of its palliative measures to reduce the effects of recession on civil servants, the Head of Service, Multipurpose and Cooperative Society [HOSMCS], has concluded arrangements to establish a N50 million Micro-finance Bank capable of providing soft loans for members to address their immediate needs.

The president of the Cooperative, Comrade John Chagu, said the move became imperative, as more than 90 per cent of civil servants can no longer afford to take high interest loans from banks to solve their immediate problems.

‘’You will agree with me that civil servants salaries are poor when compared to the rising cost of goods and services as a result of the recession. It is our hope that the micro finance bank will give them soft loans to enable them go into small scale businesses while on leave or even at weekends to augment their poor salaries in fending for their families.’’

Chagu, who spoke to The Guardian last week in Abuja, following the successful conduct of the cooperative elections, promised to embark on aggressive drive to increase its 800 membership to over 1000 within the next one year.

According to him, all the crises that rocked the cooperative in the last three years have been resolved, and that is what is giving the new leadership the confidence that the cooperative is back on track.

“Yes, we had very difficult times in the last three years as a result of leadership struggle with the past executives, all that have been resolved; our new executive is more interested in the welfare of workers especially, at this time of recession. My executive is preparing grounds to float a micro-finance bank that can help members access soft loans to solve some of their family problems.”

“As we speak, since assuming office, we have written to Federal Capital Territory Registrar of Cooperative and Multipurpose Society to immediately inform the Economic and Financial Crimes Commission (EFCC) to defreeze our account and give us all the cooperative documents in their possession to allow us commence work immediately.”

According to the President, the cooperative will from now on, embark on establishing Consumer Shops across specific places in major cities in Nigeria expected to sell electrical and other household products at reduced rate to members.

“Our members will from now on, begin to enjoy yearly dividends to the tune of their investments; this is further aimed at putting smiles on their faces.” On the issue of provision of houses for members, Comrade Chagu said as soon as the EFCC releases all properties belonging to the Cooperative, the leadership will go ahead and begin to map out and allocate the available lands to members at a very minimal costs to enable them build their own houses..

‘’We are also planning to key in to the Central Bank of Nigeria (CBN’s) agricultural loan scheme for the benefit of our members, all these efforts will not only improve the living standard of the staff but will go a long way to bring them out of poverty.”